I am a full-time faculty member for Purdue Global University's undergraduate psychology department. In addition, I hold a small private practice, where I conduct psychological assessment and facilitate cultural competence trainings.

What is your research or practice area?

What area in or outside of psychology would you most like to collaborate with?

What's your best experience as a Div. 1 member thus far?

Co-presenting with my Div. 1 colleagues as part of a collaborative program for the 2017 APA annual convention. Our session was titled: “Psychology Mythbusters: Separating Psychology Fact from Psychology Fiction.” In addition to having the honor of being able to present with such esteemed colleagues for the goal of highlighting the role of APA as a unifying force in psychology, I always enjoy being in what I call my “professional home” when I am at APA and learning from others in the field.

What gets you out of bed in the morning?

Looking forward to what the day will bring, knowing I'll learn something new, meet someone new and experience something new.

What was your childhood dream job?

I had many childhood dreams ranging from travelling to Africa to feed the hungry, becoming an author, to working with animals. I had a map of Africa on my bedroom wall, which my late father and I used as we daydreamed about where we would travel to.

What's your favorite moment of your career so far?

Being awarded the Martin Mayman Award from the Society of Personality Assessment for distinguished contribution to the literature in 2010 was such an honor.

What woman in the history of psychology inspires or intrigues you and why?

Melanie Klein, due to her early work in understanding children's play and its contributions to the therapeutic process. She was such an innovator in her thinking and one of the few women in her field. Her work heavily impacted my early training.

Guilty Pleasure: What can you not live without?

What can you not live without? Chocolate, especially if it's English-made Cadbury's — something from my birthplace that I love and could never give up.

What is the last book you read?

How is your area of psychology socially relevant to the general public?

I teach classes for the addictions program, which trains students to embark on a career to help reduce addiction, substance use and co-occurring disorders. I hope to inspire young professionals who can work with the public in this area and provide services to those in need.

What is the biggest social concern from your perspective?

Globally: Hunger. More than 795 million people suffer from hunger, and while that number has dropped since 1990, according to the United Nations, that's still too many. Nationally: To name a few of some of the various inequities we face as a nation: gender, race, socio-econonomic and sexual identity. Locally: I live in Baltimore and have concerns about the socio-economic and racial inequities in the city.

I f Hollywood made a movie of your professional life; who would you like to see play the lead role as you and what would the tag line be?

The tag line would be "Embracing with love, respect and education," and I would like Joanna Lumley to play the lead.

What gives you hope?

That the ever-increasing technological advances enable people to become more tolerant, supportive and community minded and provide the basis for a more equitable society, where disadvantage can be overcome. 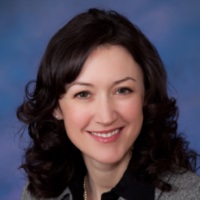 Bridget Rivera is a member of the undergraduate psychology faculty and a licensed psychologist. In addition, she holds a small private practice, where she conducts psychological assessment and facilitate cultural competence trainings.