Looking Back to Think Ahead: Lessons from 1969

In thinking ahead to our upcoming convention program in August, I find myself reflecting 50 years back. The theme of the 1969 APA convention was "Psychology and the Problems of Society.”
Cite this
Rutherford, A. (2019, June). Looking back to think ahead: Lessons from 1969. The General Psychologist. https://www.apadivisions.org/division-1/publications/newsletters/general/2019/06/lessons-from-past 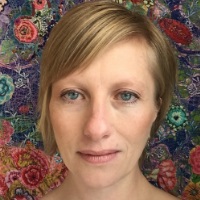 In thinking ahead to our upcoming convention program in August, I find myself actually reflecting back, exactly 50 years back, to be precise. The theme of the 1969 APA convention was Psychology and the Problems of Society. George Miller, cognitive psychologist and founder of the Harvard Center for Cognitive Studies, was president. Just as he was about to give his presidential address, 12 members of the newly formed Black Students Psychological Association stormed the stage and demanded that the leadership of the APA hear their concerns. Together with members of the Association of Black Psychologists, the two groups forced APA to confront psychology’s history of culturally biased testing practices, the lack of employment opportunities for African American psychologists and inadequate recruitment and support of African American graduate students.

And of course, George Miller also gave his address. Noting that “it is customary on this occasion to summarize one’s own research,” Miller chose instead to honor the convention theme and “express some personal opinions about the current state of our discipline and its potential role in meeting the human problems of society” (Miller, 1969, p. 1063). Miller went on to exhort his colleagues to “give psychology away” and outlined some of his ideas for what kind of psychology that should be.

As a good cognitive psychologist, Miller was critical of the “psychology of behavior control” that was then in fashion, fearing that it had created a negative public image for psychology. Instead, he proposed “that the real impact of psychology will be felt…through a new and different public conception of what is humanly possible and what is humanly desirable. I believe that any broad and successful application of psychological knowledge to human problems will necessarily entail a change in our conception of ourselves and of how we live and love and work together” (p. 1066). At the historical moment of Miller’s address, African American psychologists were calling out and rejecting what Derald Sue would come to call the “ethnocentric monoculturalism” of white, Eurocentric psychology (Sue, 2004). Instead, they formulated a whole new conception of the Black experience outside this framework, developing a psychology focused on communalism, strengths and resilience.

Miller’s call to imagine what is humanly possible and desirable, to rethink how we live and love and work together, is just as important in 2019 as it was at the end of the turbulent and transformative decade of the 1960s. It has become urgently imperative to rethink our conception of ourselves and how we relate not only to each other and the human-made world but also to the physical and natural world, a relationship that will ultimately determine whether or not we can continue to live and love and work together at all.

In some recent work, colleagues and I have explored how psychology has been complicit with the intensification of neoliberal forms of subjectivity, but also how it can contribute to disrupting and displacing these with new forms (Pickren, 2018; Rutherford, 2018b). Thinking against/outside the neoliberal imaginary is challenging. What role can psychology play in helping shape public conceptions of what is humanly possible and humanly desirable in times such as these?

In my own research, I once again turn to history for guidance, I have been attempting to unpack how feminist psychologists have used their science and practice to shape public conceptions of gender and gender relations. By closely examining the history of their efforts to change policy from the local, to the institutional, to the national level, I am interested in illuminating the specific dynamics at play in “giving psychology away” to create a more gender-equitable society (e.g., Rutherford, 2018a). I will talk more about this project in my presidential address at convention, entitled The Science and Politics of Gender. Please feel free to storm the stage, this time in solidarity.

Rutherford, A. (2018a, Sept. 17). Acknowledging rape: What the origins of the “1 in 5" statistic teaches us about sexual assault policy. The Behavioral Scientist. Hyperlink to http://behavioralscientist.org/what-the-origins-of-the-1-in-5-statistic-teaches-us-about-sexual-assault-policy/