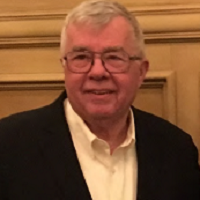 On January 28, 2021, Florence L. Denmark, PhD, a past president of APA Division One, celebrated her 90th birthday. Harold Takooshian, PhD, also a past-president of the Division, and Elaine Congress, DSW, both from Fordham University in New York City, arranged for a Zoom party to honor Florence the day before her official birthday. More than 50 colleagues, friends, students, and family attended. There was even a call-in from a colleague and friend in Austria!

Antonio Puente, a past-president of APA attended and wished Florence a “Happy Birthday” on behalf of APA and its past presidents. Elaine Congress, a professor and Associate Dean at Fordham, hosted the gathering.

Florence looked radiant, as always. Many participants thanked Florence for the impact she had on their careers. Some had stories to tell. Others read poems in her honor. A picture montage was shown. Not to be outdone, Florence had a few stories of her own! Midway through the event, a cake appeared with blazing candles, the group toasted Florence and sang “Happy Birthday.” I asked Florence if she would be willing to answer two questions.

John: You’ve been involved in many areas of psychology. Looking back, what do you consider your most important contributions? 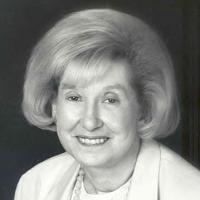 John: What advice do you have for young psychologists, those who are just starting out?

Florence: I would tell them to find a mentor. Someone to help them navigate the way through the profession. Mentors have been very important to my career. They can help you along the way.

Even though Florence is formally retired, she remains active. She is currently teaching her usual spring course in the history of psychology at Pace University. In keeping with the times, the course is virtual. Recently, she was the main representative to the United Nations for both APA and the International Council of Psychologists. In those roles, she chaired the U.N. Committee on Ageing for six years as a voice for women and the elderly around the world.

Florence was born in Philadelphia and received her PhD from the University of Pennsylvania in social psychology. An early marriage brought her to New York City where she taught at Queens College, Hunter College, the Graduate Center of the City University of New York, and finally at Pace University. She is credited with organizing the first doctoral level seminar on the psychology of women in the United States. Her contributions were crucial in establishing the
psychology of women as a legitimate field of study. 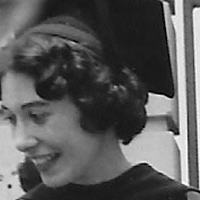 Florence has taken on leadership roles in a wide variety of organizations. In 1972, at the CUNY Graduate Center she became the executive officer for psychology doctoral programs, the largest such program in the country. In addition, she served as president of Psi Chi, the International Honor Society in Psychology; the Eastern Psychological Association; the New York State Psychological Association; the International Council of Psychologists; Division 35 of APA; and president of APA itself (1980). Not surprisingly, Florence has received dozens of awards over the years. In 2011, she received the APA Award for Outstanding Lifetime Contributions to Psychology, the highest honor of the association.

Congratulations to Florence from her friends and colleagues at Division One. She has been a role model for us all! For those who might be interested in reading more about Florence, I’ve listed three resources below.