Help us improve your experience by  providing feedback  on this page.

To establish guidance and direction for the disbursement of the division's funds in support of its activities.
Policy

a. The Executive Committee will be responsible for establishing the budget and when necessary changing the guidelines for fund disbursement.

b. The Treasurer will be responsible for preparing and monitoring the annual budget and for reporting fund balances to those who need to know.

a. Sections; The funding for Sections of the Division is on a fiscal year basis with no carry over from year to year. Each Section shall have available during the year:

ii. Up to $1.00 per member as needed for projects of the Section

iii. Additional funding as approved by the Executive Committee.

b. APA Council Representatives: These individuals accept the responsibility of representing our Division's interests to APA. As such, he/she must attend two Council meetings per year—once in Washington at the APA Midwinter Meetings and once at the APA Convention in August.

The Council Representative will have available:

i. Full reimbursement of expenses for the Council of Representatives meeting in mid winter (usually February) will be provided by APA. Expenses related to that meeting should be submitted to the designee of the APA Governance Officer.

ii. APA Convention: APA now reimburses two nights hotel (the nights before each of the Council sessions). The Division will reimburse three to four nights additional (depending upon the residence of the representative and location of the meeting), with per diem limited to $30.00 per day.

Only elected, and appointed members of the Executive Committee as invited by the President, will be authorized funding as follows:

ii. Per Diem is limited to $90.00 for the entire midwinter meeting.

iii. When there is more than one elected Council representative, the President will designate one or the other to attend (as a reimbursed attendee), with advice from the representatives. Any other members of the Executive committee (editors and liaisons, etc) are welcome to attend at their own expense.

(Note: In Term Years 2006-2007 and 2007-2008, the EC agreed to minimize expense for the Mid-Winter Meeting by having only the four Division Officers meet in person, using telephonic communication to include other members of the EC. A later decision by the officers to hold that meeting in 2008 coincident with the State Leadership Conference means that APA will pay the travel expense of the Past-President, President, and Secretary/Treasurer, except for 1-2 additional days required for the EC Meeting. That period, and the travel and hotel expense of the President-elect will be authorized to be paid by the Division. Given the level of outside support in 2008, the President may designate up to two more members of the EC to attend, at his discretion).

ii. The President is authorized to occupy a hotel room associated with the suite and to be reimbursed for that, up to five days unless geographic reasons require an additional day for the room only, not the suite. The cost of the room/suite will be submitted to the Secretary/Treasurer for reimbursement.

iii. The Program Chair is typically present at every presentation venue to make sure that the required AV supports were there and to assist when there are problems. Hence the task places the chair’s convention time entirely at the service of the Division for each day of the meetings. For the past few years the Chair has been reimbursed for hotel, airfare, ground, and per diem. APA waives their convention fee in recognition of all their pre-convention work. The Division will reimburse the program chair in the same manner as the APA Representative(s) from the night before the convention through the meetings. Hence four to five nights (depending upon the residence of the Program Chair and location of the meeting), and (the same) modest per diem.

(Note: The Program Chair may be asked to pay for the cost of the Social Hour at the time it occurs and submit a bill for reimbursement to the Treasurer.

The disbursement of funds is a major responsibility to the membership. Nothing in these guidelines shall preclude the additional expenditures of funds in support of the Division or its Section activities as directed by the Executive Committee as long as the funds are available in the contingency expense line.

Executive Committee members and Council Reps (when they are of the same gender) are encouraged but not required to consider room sharing as a further method of reducing costs.

Thanks for letting us know that this page . 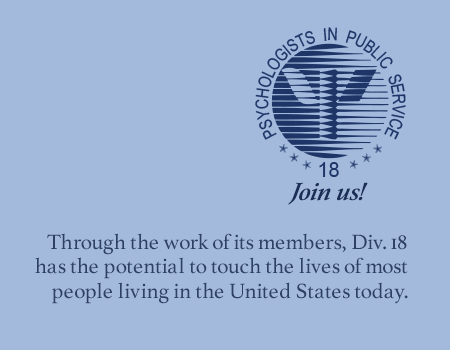