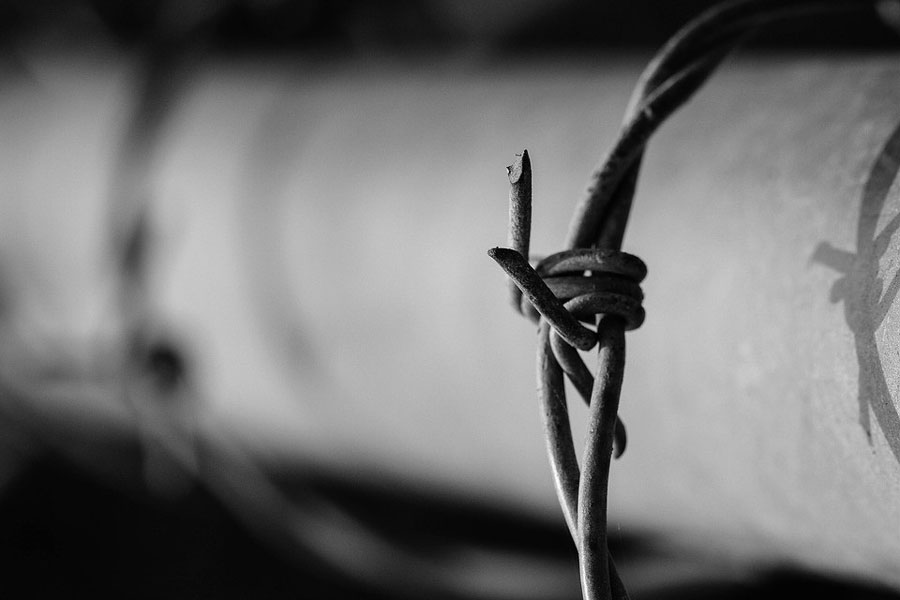 The school-to-prison pipeline describes a constellation of systematic policies by which students are pushed out of schools and into the justice system. Students enter the school-to-prison pipeline through exclusionary disciplinary practices, such as suspensions, disciplinary transfers, and expulsions, and via arrest and direct involvement with the justice system for school-based misbehavior (Skiba & Knesting, 2001).

States laid the foundations of the school-to-prison pipeline in the 1990’s when they enacted policies to prevent firearms in schools, in compliance with federal regulations such as the Gun-Free Schools Act of 1994 (Lindle, 2008). However, many states enacted more wide-ranging school discipline legislation, allowing local school districts across the nation to adapt their discipline practices and adopt zero-tolerance discipline policies. Exclusionary discipline practices increased, not only for severe and violent offenses on school grounds, but also for lower level incidents (Skiba & Peterson, 1999). Under zero-tolerance policies, any violation—violent or non-violent—of specified school rules triggered a mandatory, standardized disciplinary response, resulting in the enormous rise in the national rates of student suspension, expulsion, and referral to police and the juvenile justice system.

Zero-tolerance policies resulted in the criminalization of normal adolescent behavior and expansion of the school-to-prison pipeline (Reyes, 2006). Contact with the justice system exposes youth to a wide array of immediate and long-term consequences. A student who is pushed into contact with the justice system due to misbehavior in school experiences the trauma of arrest and faces potential suspension or expulsion from school, adjudication proceedings, juvenile justice placement, and/or probation supervision. The resulting arrest record often creates extensive collateral consequences, including barriers to educational success, employment, military service, and public housing assistance (Pinard, 2005). Importantly, zero-tolerance policies disproportionately impact already marginalized groups, including racial and ethnic minority students and students with learning disabilities, and exacerbate existing disparities in school and justice outcomes (American Civil Liberties Union of Pennsylvania, 2015).

Recognizing that zero-tolerance policies have failed to promote and maintain safe learning environments—and have had the unintended consequences of pushing students out of school and into the justice system—many school districts have rolled back these policies. Instead, jurisdictions and stakeholders have begun exploring more individually responsive and developmentally appropriate school discipline policies and practices, such as pre- and post-arrest diversion programs. Diversion programs seek to direct youth away from traditional juvenile justice procedures and into alternative programs and processes designed to minimize justice system involvement. Many jurisdictions have implemented various forms of diversion at the post-arrest stage through District Attorney’s Offices and juvenile court policies and programs, and jurisdictions are beginning to explore diversion pre-arrest via changes in police policy and practice.

Like many jurisdictions across the country, the School District of Philadelphia (SDP) adopted a zero-tolerance disciplinary policy in the 1990s. Although the SDP officially rescinded its zero-tolerance policy in 2012, school climate and disciplinary culture continued to rely heavily on exclusionary discipline and referrals to law enforcement. For example, in the 2013-14 school year, approximately 1,600 school-based arrests occurred in the SDP, consistent with the annual number of school-based arrests in the decade prior to the policy change.

Responding to the growing school-to-prison pipeline and the more general disproportionate minority contact with Philadelphia’s juvenile justice system, the Philadelphia Police Department (PPD), in partnership with other city stakeholders, developed a groundbreaking initiative: develop a policy to stop arresting youth for low-level offenses in schools and, instead, collaborate with other city agencies to connect students with voluntary support services. Working collaboratively with the SDP, the Philadelphia Department of Human Services (DHS), and other invested youth service stakeholders, the PPD launched the Philadelphia Police School Diversion Program across all Philadelphia schools in 2014. As a pre-arrest diversion program, the Philadelphia program interrupts the school-to-prison pipeline by diverting youth who commit first-time, low-level offenses in schools from arrest to prevention services. The Philadelphia Diversion Program is a unique and replicable diversion program based in policy change. The Philadelphia Police School Diversion Program focuses specifically on school-based incidents and provides diverted youth access to voluntary support services without consequences for non-participation.

To move the program forward, PPD leaders developed collaborative relationships with stakeholders from the city’s Department of Human Services, District Attorney’s Office, Defender Association, School District, and Family Court Division of the Court of Common Pleas (First Judicial District). A Memorandum of Understanding was drafted between these parties to detail implementation procedures and the responsibilities of each agency. The Philadelphia Police School Diversion Program was designed to utilize existing city resources, including PPD officers already assigned to schools and referrals to under-utilized service providers with existing city contracts. Additionally, with support from the Office of Juvenile Justice and Delinquency Prevention (OJJDP, 2014-JZ-FX-K003), stakeholders worked with academic partners from the Juvenile Justice Research and Reform Lab at Drexel University to evaluate short-term outcomes of this pre-arrest diversion program.

After four years of program implementation, the impact of the Philadelphia Police School Diversion Program has been extraordinary: a 71 percent reduction in the annual number of school-based arrests; a 15 percent reduction in the number of school-based serious behavioral incidents; and continued collaboration between law enforcement, educational leaders, social service providers, prosecutors, defenders, courts, and other juvenile justice stakeholders to collaboratively keep students in school and out of court. With promising system-level results, it is critical to examine whether the diversion program sustains achieved programmatic goals, including reduced number of arrests, improved school climate, and increased service access for youth and families. With the support of additional grants from the OJJDP (2017-JF-FX-0055) and the National Institute of Justice (2017-CK-BX-0001), the Juvenile Justice Research and Reform Lab is continuing large-scale research and evaluation of the Philadelphia Police School Diversion Program to examine the long-term outcomes for diverted youth and the sustainability of systemic, short-term impacts over time.

The school-to-prison pipeline remains an urgent issue throughout the United States, and innovative, cross-disciplinary strategies and solutions are emergent. School districts are restructuring their discipline policies to become more individualized and responsive to adolescent development. Juvenile courts and prosecutors are developing innovative pre- and post-arrest diversion strategies that offer restorative opportunities to avoid formal adjudication. Researchers are partnering with jurisdictions to measure outcomes of program and policy changes. Law enforcement agencies and jurisdictions around the country have begun adapting to the recent shifts in policy and have sought to replicate the Philadelphia Police School Diversion Program. These collaborative efforts are reshaping the juvenile justice landscape to be more responsive and developmentally appropriate to youth and their experiences. Together, they represent important strides toward stemming the school-to-prison pipeline and ensuring safe, positive environments for youth and communities.

Pinard, M. (2005). The logistical and ethical difficulties of informing juveniles about the collateral consequences of adjudications. Nevada Law Journal, 6, 1111-1126.

Reyes, A. (2006). The criminalization of student discipline programs and adolescent behavior. The Journal of Civil Rights and Economic Development, 21(1), 73-110.