Celebrating awards for 2019
CITE THIS

Please join The Gavel in congratulating section members who received awards from the CJ Section for their remarkable achievements and continued dedication to their communities and students! 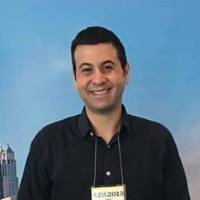 Jason A. Cantone, JD, PhD, is currently a senior research associate at the Federal Judicial Center, which is the research and education agency of the U.S. federal judiciary. In that role, he has completed projects regarding access to justice for self-represented litigants; how to make the litigation process take less time and cost less money; and how to promote cooperation between federal and state courts to improve the efficiency of the judicial system. He has also worked in the Republic of Uzbekistan, promoting mediation and conflict resolution, as well as expanding educational opportunities for their judiciary. Before his current role, Cantone served as a nuclear weapons analyst at U.S. Strategic Command, working on the treaty negotiation team for the New Strategic Arms Reduction Treaty (New START), which sought to further reduce and limit the number of nuclear weapons held by the U.S. and Russia. In addition to his governmental work, Cantone publishes regularly in psychology and legal journals on topics such as preventing discrimination and promoting effective legal decision-making processes. He also serves as an adjunct professor at George Mason University. 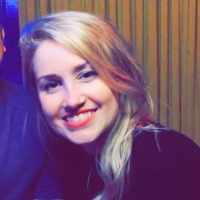 Emma Hamilton is a sixth-year doctoral candidate in counseling psychology at the University of Texas at Austin. Her research examines sexual offender risk and recidivism, specifically focusing on collateral consequences associated with sexual offender policies. Her clinical work is similarly justice-oriented; during graduate school, Emma has worked clinically with adult and juvenile offenders, as well as a forensic population in a state hospital in Austin. Emma has helped initiate services in Spanish with both incarcerated individuals and those involved in competency restoration. Emma is grateful for the recognition and morale boost during a difficult time of dissertation and internship applications.