skip to main content
Home // Div. 18 // Publications // Newsletters // ‘How Beautiful Upon the Mountain’
In this issue

‘How Beautiful Upon the Mountain’ 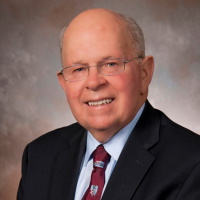 Transition Time—Psychological Services: I have had the distinct pleasure of serving with Gary VandenBos as editor/managing editor of the division’s journal Psychological Services since the summer-fall of 2005. During that period, we have been joined by an outstanding team of associate editors, many of whom have served in the division’s leadership. Next year I will transition into the status of “outgoing editor” and our successor will have been selected. My special Aloha for the dedication and visionary contributions of our many creative colleagues, initially consisting of Sheila Brandt, Leon Green, Jill Oliveira-Berry, and Morgan Sammons. As retirements evolved, we were joined by Lisa Kearney, Phil Magaletta, Michi Fu, Doug McDonald, Bettina Schmid, Melissa Alderfer, Femina Varghese, Jacqueline Gray, and Anne Klee. I feel it is fair to say that the journal has exceeded everyone’s expectations—submissions, readership, impact factor, and financial. The lens through which our editorial team views submissions has always been aspiring and multi-faceted. How could we bring cutting-edge science, practice, and educational advances to the attention of the public service readership, while providing an appreciation for the importance of expanding beyond traditional silos, notwithstanding how comfortable or seemingly productive they might have been? In our most recent monthly conference call, for example, Anne expressed her interest in systematically exploring the contributions of chaplains working within the public sector. Our special packages and unique foci, for example “unusual employment opportunities” and reflections of the division’s past presidents, have been fascinating – bringing new and senior voices/perspectives to ongoing discussions. Psychological Services has truly been a personally rewarding, stimulating, and exciting journey. Mahalo!

Reflections—Phil: “One of the truly exciting aspects of our journal work has been the opportunity to provide editorial oversight for papers reflecting work across a range of public sector settings. I had been familiar with work in criminal justice settings, but it was through journal work on the board that I gained exposure to the exciting work being done by VA clinicians and researchers, Department of Defense employees, and those working to improve psychological services in inpatient community mental health settings. The individuals who envisioned this scope of our journal were well served by all the individuals—authors, reviewers, board members who enlivened it! True to the culture of the division—the camaraderie, genuine friendliness, and humility are well reflected by those who have brought the journal to where it is today. It is not at all surprising that public service psychologists would be so generous with their time, and careful to assure the success of this important knowledge dissemination tool.”

Lisa: “One of the journal’s largest impacts was bringing the work of public sector setting psychologists into the limelight, as we focused together on encouraging front-line providers and mental health administrators to join their research colleagues in studying interventions and conducting program evaluations. We have aimed to bring to fruition the spread of best practices by encouraging innovations in our settings to be studied and reported upon and through this, we strove to disseminate science into practice.”

New Horizons: Claudia Mosier: “I’m a Medical Psychologist in Louisiana and a Prescribing Psychologist in Illinois, both of which allow me to aid underserved patients in a way I could not when I was working as a clinical psychologist without prescriptive authority. None of the work I do would have been possible without Beth Rom-Rymer’s leadership and mentorship. I had seen Beth at all of the Illinois Psychological Association events that I had attended, in the early–mid 2000’s, but I’ll always remember the day, in early autumn 2014, when she attended the Department of Children and Family Services consulting psychologists’ meeting to talk with us about prescriptive authority for psychologists. Her enthusiasm and ‘can-do’ spirit resonated with me. Beth inspired me to think that I could undertake this rigorous path, to learn to prescribe, and open a new way to help my patients.

“For years, I have seen LGBTQ people, particularly BIPOC LGBTQ people. They struggle to find a prescriber, for psychotropic medications, whom they feel understands them; someone who would prescribe for them without looking at their thoughts and behaviors through the lens of harsh and condescending judgment. It was a disabled black woman’s struggles and, ultimate failure, to reach her psychiatrist to address a movement disorder (tardive dyskinesia), stemming from her prescribed use of an antipsychotic medication, that was the final push I needed to register for the initial didactic training to become a prescriber.

“But the decision to embark upon this path was just the beginning. Having to meet the training challenges was a daily exercise! Beth was still there, supporting me and bringing our entire cohort of prescribing psychology fellows, together, to encourage each other. Beth’s leadership style encourages collaborative work that celebrates our commitment to serving our patients and continuing to learn as the field evolves.”

Not that far in the future:  With increasing public expectations of potential mental health consequences of the COVID-19 pandemic as society eventually returns to a “new normal,” it would seem timely for psychology and the other mental health disciplines to affirmatively address historical societal concerns regarding the stigma of receiving mental health care. The Defense Counterintelligence and Security Agency recently noted: “Research shows that stigmas related to mental health treatment have decreased in recent years. However, mental health stigma still remains a notable challenge, particularly among military members. A RAND study showed many service members do not regularly seek care for mental health symptoms due to reasons such as personal beliefs about self-reliance, concerns about how their supervisors and co-workers may react, and availability of mental health care. But most importantly, cleared individuals fear seeking mental health care could adversely impact their security clearance eligibility. This is not the case.”

The agency emphasized that a cleared individual is not likely to lose or fail to gain clearance eligibility after seeking mental health care or experiencing mental health symptoms. There are no automatically disqualifying conditions or treatments and for those suffering from psychological conditions; seeking and participating in a treatment plan helps demonstrate integrity, and trustworthiness and may contribute favorably to decisions about eligibility. Noted as risks from avoiding mental health care include: decreased force readiness, increased suicide risks, and increased security concerns. We would rhetorically wonder: What have our state associations planned for facilitating the return of their local communities to a “new normal?” As one of the nation’s educated elite, it is our societal responsibility to be proactive.

Turning in the key: Former APA President and university dean, Ron Levant: “I retired from my professorship in psychology at the University of Akron in May, 2018. Since I had eight graduate students working on their MA theses and PhD dissertations, plus a lab full of projects involving students, I was able to work out a continuity agreement with the university that allowed me to hold on to my office, laptop, and a suite of stats programs that I used. This worked very well until the pandemic started, after which I was not in my office from late 2019 till very recently. In the interim, five of my eight students had graduated, and the remaining three were well on their way. I decided it was time to turn in my key. So, with the help of my wife, Carol Slatter, we went to the office this week and cleared it out, donating a bunch of books to the students, throwing away a lot of papers and other stuff, and packing up the rest and taking it home. This was a bittersweet moment; sweet in the sense of completion, but bitter in the sense of an ending of work phase of my life. It is amazing how much of our identities are wrapped up in our work. The upshot though was that it took us so long to clean it all out that I was not able to turn in my key because the office that handled that had already closed.”

For Gary and I, the Office of Technology Assessment (OTA) October 1980 background paper #3, The Efficacy and Cost Effectiveness of Psychotherapy, brings back similar cherished memories and reflections. OTA was created in 1972 as an advisory arm of Congress with the basic charge of assisting legislative policymakers anticipate and plan for the consequences of technological changes and to examine the many ways, expected and unexpected, in which technology affects people’s lives. The office was unfortunately abolished in 1995.

We were both involved in the report with Gary then serving as director of National Policy Studies for APA. “The treatment of mental, emotional, and behavioral dysfunctions has become one of the most controversial areas of health policy. Even though the prevalence and the pernicious effects of mental disorders are well known and have been documented…opinion about what should be done to treat these problems is not unanimous. A number of proposals to expand the mental health service system and to make treatment more widely available (e.g., through expanded insurance coverage) have been made. Yet, there is not agreement about how to expand mental health services, nor about what would be gained by their expansion…In summary, OTA finds that psychotherapy is a complex–yet scientifically assessable–set of technologies. It also finds good evidence of psychotherapy’s positive effects.” Further, “Depending upon the definition used, it has been estimated that medical services are overused (or in some other way abused) by between 20 and 60 percent of those who seek them. Various researchers and analysts have concluded that medical services are often used to ameliorate mental problems, rather than the treatment of physical dysfunctions.” (Not surprisingly, several references were made to the “medical offset” findings of former APA President Nick Cummings.)  “Now you know the torch has passed as they pick up the load” (Tom Paxton).