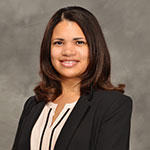 Presented by Rodney Baker, PhD
Baker is a past president of Div. 18, a past Div. 18 APA Council representative, a 2010 Div. 18 Harold M. Hildreth awardee for Distinguished Public Service, and the 2017 American Psychological Foundation Gold Medal Awardee for Life Achievement in the Practice of Psychology. He also served as a past Div. 18 historian from 1995 to 2013 and published the 50 and 60-year histories of Div. 18. He retired as chief of psychology and the mental health service line director at the South Texas Veterans Health Care System in San Antonio in 2004.

Div. 18 was one of the original 19 APA divisions established by APA in 1946. In 2021, Div. 18 celebrates 75 years of public service. The webinar summarizes the contributions of psychologists in public service in celebrating this history. The content of the webinar includes a review of activities and accomplishments of the division as noted by the speaker in publishing the 60-year history of the division in his role as historian, and this presentation updates those accomplishments through the beginning months of 2021.

The Zoom webinar link will be provided after registration. CE: 1.0 CE free to Div. 18 members and $15 for non-members

Div. 18 is approved by the American Psychological Association to sponsor continuing education for psychologists. Division 18 maintains responsibility for this program and its content. Contact Div. 18 for more information.