In support of maintaining Hybrid Title 38/5 for psychologists 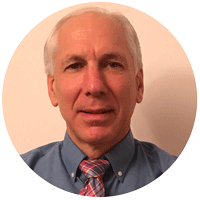 In March of 2019, Mary Beth Shea, PhD, the president of the Association of VA Psychologist Leaders (AVAPL), presented a webinar in support of psychologists, employed in VA, being reclassified from their current Hybrid status (Title 38/Title5), to USC Title 38.  Chapter 7401 (1), within Title 38, is the group to which she believes psychologists should be assigned. Her webinar focuses on the benefits of joining Title 38, 7401(1), which includes other medical professionals, such as physicians, registered nurses, nurse practitioners, physician assistants, podiatrists, optometrists, chiropractors, dentists and expanded function dental auxiliaries. In this category, Shea opined psychologists would have the prestige of being associated with medical professionals, and would have better pay and leave options. There may also be better options for accruing and using leave before and after retirement. Being free of the general schedule (GS) system associated with Title 5 would allow for higher pay and promotions based on market, performance or premium pay. Because of this change, psychologists should be easier to recruit and retain.

Noteworthy is that the agency has been lobbying for more categories of employees to be included in Title 38. Why would the agency be interested in that action? Because they know that Title 38, as it is currently written, reduces rights for employees and adds power and control to the agency.

In furtherance of their agenda to reduce the power of the unions, the current president of the United States and the VA secretary are attempting to limit Title 38 employees from advocating for employees by restricting their work for the union. Citing the 7422 rule (within Title 38), VA has demonstrated flawed reasoning that their union work negatively impacts direct patient care and clinical competence and therefore those employees should return to their work stations.

To illustrate the possible benefits of Title 38, when compared to Title 5 and Hybrid status, the leave system tilts in favor of Title 38. At the start, leave of 30 days is available for Title 38 employees. In contrast, Title 5 and Hybrid leave categories grant leave starting at 17 days per year, until several years later earning 26 days per year. On the pay scale differences, it is unclear how Title 38 pay methods for psychologists would differ and offer an improved benefit. The Hybrid 38/5 system still relies on the GS pay scales, reviews, and promotions. How psychologists would fare in the Title 38 system is unclear and is dependent on reviews within the Title 38 system. For example, pay is associated with reviews by professional standards boards (PSB), market conditions, and approval from the medical center director. Hence, it is still unclear how psychologists would fare in the Title 38 system.

Shea’s stance ignores several key collective bargaining differences between Title 38 USC  7401 (1) and hybrid title 5/38 status. Perhaps the biggest difference regarding Title 38 7401 (1), is the list of restrictions placed on employees as a consequence of enforcing Title 38 7422, which is a key provision that was established when Title 38 USC 7401 (1) employees were given collective bargaining rights in 1991.

To give some background, in 1991 congress passed Public Law 102-40 which granted Title 38 employees the same collective bargaining rights of Hybrid and Title 5 employees. The idea was that Title 38 employees should have the same access to 5 USC Chapter 71 rights to engage in collective bargaining and union representation. Briefly, 5 USC Chapter 71 states that public and private employees have the right to organize, to bargain and to participate in decisions that affect conditions of employment. The phrase “conditions of employment” incorporates “personnel policies, practices and matters, whether established by rule, regulation, or otherwise affecting working conditions…”

However, Congress inserted in this act restrictions and exclusions contained in the provision, 7422 (b), which states, "This title may not cover, or have any applicability to, any matter or question concerning or arising out of:

Moreover, in 38 USC Section 7422, “an issue of whether a matter, question or concern arises out of one of these three issues shall:

Over time, the interpretation by the secretary of the VA of 7422(b) has been expanded to include apparently unrelated issues and decided on the basis that it pertains to direct patient care and clinical competence. In addition, an overwhelming majority of decisions tilt towards the VA position that the Title 38 7401 (1) employee is not allowed to have union representation. For example, time and leave issues have been interpreted as direct patient care and clinical competence, thereby depriving the employee of union access to representation. The result is that union rights for Title 38 employees have deteriorated.

Shea also minimizes other critical collective bargaining rights that are available to Hybrid 38 and restricted for Title 38 7401 (1) employees. For example, probationary status is one year for Hybrid employees and two years for Title 38. The advantage for Hybrid employees is that they can become permanent employees one year earlier and are eligible for the full collective bargaining rights negotiated in the master agreement (MCBA) between VA and the American Federation of Government Employees (AFGE) (MCBA, Article 33). In addition, grievance procedures for Hybrid employees are more favorable with access to higher levels of organizational supervisors for rulings, collection of evidence, and timelines.  If the matter is still not resolved, the case can be referred to outside arbitration with full access to legal representation. The process for Title 38 is a more restricted process with appeal rights to a disciplinary appeals board (DAB). For more details on the grievance differences, review the master agreement between VA and AFGE.

In conclusion, Shea has painted a distorted picture of the employment status of hybrid Title 38/5 psychologists in order to build support for reclassification in Title 38 7401 (1).  The reality is that Hybrid status guarantees significant rights in the workplace, which protects psychologists from unfair labor practices and unnegotiated changes to conditions of employment. To surrender these hard-won protections on the basis of potential pay, benefits and increased leave would be pure folly.