The members of the Division 25 Executive Committee are the president, president-elect, past president, secretary-treasurer, APA Council representatives and members at large. 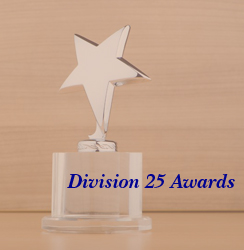