There have been various task forces created by Div. 31, including the Early Career Task Force, Ethics Education Task Force, the Health Care Reform Task Force, and the Student Task Force. If you are interested in joining any of these task forces, please contact the respective chair. 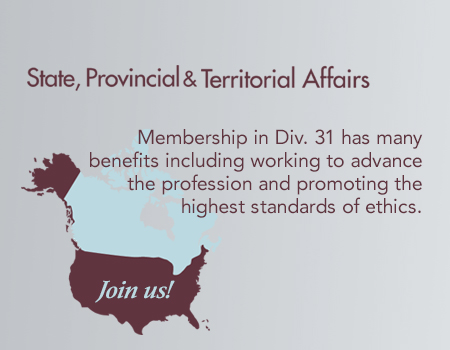