Div. 31 Had a Strong Presence at APA's 2017 Annual Convention

Highlights from Washington, D.C. include a productive Board of Directors meeting, a well-attended social hour, seven Heiser awardees, and many informative convention programs

We had a very productive Board of Directors meeting, a well attended social hour, seven Heiser awardees, and many informative convention programs. At the board meeting, the Board of Directors voted to endorse Rosie Phillips Bingham, PhD, for APA president-elect. She is the only candidate endorsed by Div. 31 this year. Bingham indicated that she will listen to members of Div. 31 and actively support Div. 31 in efforts to advocate for State, Provincial & Territorial Psychological Associations (SPTA).

The board continued to discuss the issue of master’s level licensure. The APA Council of Representatives voted that current issues and developments have risen to the level that APA should take a position on master’s level training and/or practice and that staff and governance should identify and explore options for APA to pursue. Peter M. Oppenheimer, PhD, the Div. 31 council representative, has organized a working group to respond to requests for information and questions related to the master’s issue. This group will provide input to the APA president. Sally Cameron, our Council of Executives of State and Provincial Psychological Associations (CESPPA) representative shared information from a recent meeting of SPTA Executive Directors. One pressing concern has been the changing criteria used to accredit CE providers. This has created hardship especially for SPTA’s, many of whom are considering forgoing APA approval in favor of their state accreditation. CESPPA has recently sent a letter to the CE committee of APA expressing its concerns.

We also had guests from the Education Directorate, the Practice Directorate and the Office of State Advocacy. Catherine L. Grus, PhD, discussed current initiatives at the Education Directorate. The internship stimulus program awarded 153 grants which to date has resulted in 74 sites becoming accredited and creating 309 internship positions. The directorate has also been quite involved in the master’s issue; identifying learning outcomes and assisting educational programs in setting up and evaluating their curriculum. Elana J. Eisman, EdD, from the Practice Directorate discussed the progress of the grant from the Centers for Medicare and Medicaid in developing integrated models of care. The goal is to train 6,000 psychologists to interface in primary and specialty care. Training will occur both online and live, perhaps in conjunction with interested SPTA’s. In addition, the collaborative work with the American Diabetes Association is moving forward. The directorate’s legal and regulatory department has been involved in issues such as parity, the uncertain future of the ACA, and with issues revolving around master’s practice. Susan Lazaroff, JD, and Daniel J. Abrahamson, PhD, from the Office of State Advocacy discussed the continued implementation of APA guidelines as to the sequence of training and noted that about 13 states have adopted aspects from the Model Licensure Act of 2010. This emphasizes the need for a coherent plan of training and licensure moving forward. Finally, Abrahamson noted that 2018 will be the last practice leadership conference for Katherine C. Nordal, PhD, who will be retiring next year.

The Div. 31 social hour honored the psychologist of the year, Peter Oppenheimer, PhD, and introduced the new Div. 31 fellows: Kevin Arnold, PhD; Joseph Coyne, PhD; and Peter Oppenheimer, PhD. Ray Michael Droby, PhD, received the Excellence in Rural Health Award from the Committee on Rural Health. Idaho was recognized for achieving prescription privileges, Utah and Nevada were recognized for passing legislation to become part of PSYPACT, and Nevada was recognized for achieving Medicaid reimbursement for services provided by doctoral interns, and for successfully changing the corporate practice law to allow psychologists to partner with physicians for integrated health care practices. 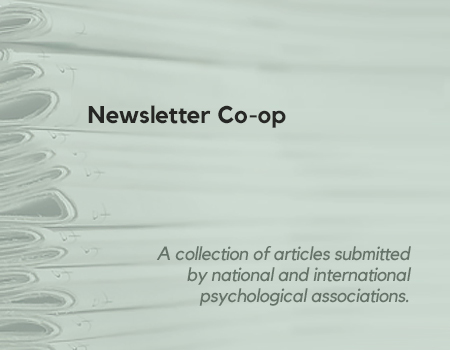