News and announcements from the Division 32 Bulletin Board

Division 32 provides information about its upcoming annual conference in March and its journal editor’s report.
Date created: February 14, 2022 6 min read
Cite this
Society for Humanistic Psychology. (2022, February 14). News and announcements from the Division 32 Bulletin Board. https://www.apadivisions.org/division-32/news-events/bulletin-board

The foundations of humanistic psychology were melded together amongst a community of mental health practitioners who had a common goal of transforming the way in which we view the world. Humanistic psychology proudly embraces the notion of being fully human and creating a more loving place to live in. With the global experience of multiple pandemics, it is vital to reflect upon, name and honor the ways we have embodied Heidegger’s concept of being-in-the-world. Deconstructing old ideals, engaging in platforms and messages that we are drawn to, and creating new paradigms in real time has allowed us to grow and actualize both personally and collectively. Since its conception at the first Saybrook Conference in 1964, humanistic psychology has consistently provided a passionate and meaningful answer to inspire growth among individuals while reducing overly pathologizing approaches in therapy. The Society of Humanistic Psychology has continued to build upon the wisdom collected in previous conference years and warmly invite this year’s conference participants to explore multifaceted approaches.

Conference theme: Toward a post-human(e)istic psychology: Deconstructing, preparing, and engaging

This conference theme focuses on the future of humanistic psychology by acknowledging its past as we prepare to move toward a post human(e)istic psychology. This movement and action pivots on honorable deconstruction to build an alternative to supremacist ideologies in professional practice, including research, assessment, therapeutic care, scholarship, and “super”-vision. As we rebuild, we better position humanistic psychology (HP) to prepare for and respond to a post-humanistic world, while addressing the existential crises of sustainability, ecology, global warming, our movement away from speciesism and the rising of the post-human age of machines. With this, we are tasked to engage ourselves as practitioners and public scholars in the world and on the edge of situated values (humanistic, existential, transpersonal, spiritual) of our tradition. Calling upon Cornell West’s “organic intellectual,” we are prepared to dive into interprofessional and interdisciplinary circles and events that this conference honors.

I am excited to write to you as we have now entered the 50th year of our division’s existence as an official part of the APA and what marks the 50th anniversary of The Humanistic Psychologist (THP).

An earlier history of Division 32 was co-authored by THP founding editor, Christopher Aanstoos, along with Ilene Serlin and Tom Greening, and was included in a volume published by APA Books entitled, Unification through Division, edited by Donald Dewsbury. A petition for forming a division on humanistic psychology was approved by the APA in 1971, and the first organizational meeting of the new division was held at the 1971 APA convention. Regular bylaws, elected officials, and programming began with the 1972 convention. As for the newsletter, its first appearance was on November 1, 1971, and it became a regular publication the next year (with its May 29, 1972 issue).

When Chris Aanstoos took over the newsletter, he quickly upgraded it to a bulletin and then to an official APA division journal, with each publication retaining the title, The Humanistic Psychologist. Thus, we have one continuous chronology—with the newsletter constituting the first 13 volumes, followed by three bulletins, and then blossoming into the journal that we have maintained until this day.

During the last three years, the journal’s editorial staff has worked overtime to process the increasing numbers of submissions, especially from around the world, which has resulted in producing approximately 150% of our contracted page budget for APA. This comes as the result of having devoted extra time to working with authors, sometimes through as many as five revisions per article.

This number is important insofar as it does not appear in the official metrics for the journal, which only show numbers of original submissions. For just one example of the feedback THP has received from authors, here is a message from one of our international contributors:

More than an editor you have been a mentor to me. And I also do realize that the final publications are as much an effort of the reviewers and the editors as the author. They are the unsung heroes. I had not thought I would come this far as mine was a journey which was mostly unplanned, and I read what came my way. In the end, I needed a coach like you who realized that I have some method to madness and guided me to make it more palatable. That last bit of art, I have learned from you and my reviewers who have let me preserve what I am but also put the required discipline and structure to it. It is the same light which I carry forward.

APA’s rejection rates for its journals are generally in the 80% range, or at least this is a target. In contrast, THP started with a 29% rate in 2016, followed by 40% (2017), 31% (2018), 51% (2019), dipping back down to 30% (2020), and returning to a little over 50% in 2021. For some context as to why the rates vary, in 2019, the APA requested all its journal editors to solicit and expedite articles addressing the pandemic. To accomplish this, THP solicited brief reports and received around a dozen from the Gestalt Institute of Italy, based upon its April 2019 international webinar addressing the pandemic. These articles almost filled the entire #4 issue of 2020. With only one manuscript rejected (after having worked with the authors through several revisions), we were able to publish all of them by the end of the year, which resulted in a significant decline in the rejection rate for that year.

With the advent of our special issues under the APA banner, we will again experience some drops in rejection rate, as much of the work reviewing these submissions is done backchannel before uploading them to the journal website, which is where the metrics begin. So, for the 200+ page special 2021(1) issue on mindfulness, our guest editors worked tirelessly behind the scenes with authors to produce acceptable articles to be uploaded to the journal website for official processing. Similar preliminary work was done behind the scenes by the guest editors for the 2021(4) special section on animal and human relations, and to some extent for the forthcoming special issue devoted to women in humanistic psychology, which we hope to include in this current anniversary volume.

As I write this, we are in negotiation with the APA to increase the page budget once more this year, to accommodate more articles and to speed up the process of assigning advance online publications to print issues.

The first issue of 2022 will feature a special section consisting of an exchange between Louis Sass and his commentators, Jeff Sugarman and Mark Freeman, along with an array of both international and domestic submissions, as well as book reviews. We have a lot of fine content in store for you in 2022, and we look forward to continuing to serve the division (now a Society) in the months and years ahead. 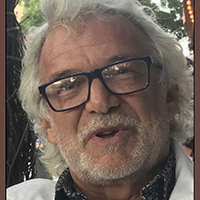 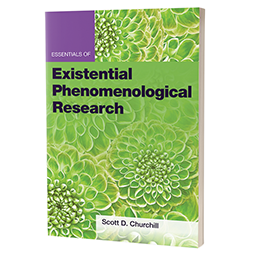 Scott Churchill is past-president and former council representative of the Society for Humanistic Psychology.  He has been editor-in-chief of The Humanistic Psychologist since 2006, after serving as editor for Methods: A Journal for Human Science for 15 years and participating on numerous editorial boards both in the U.S. and abroad. He is a founding member of the Interdisciplinary Coalition of North American Phenomenologists (ICNAP), the Society for Qualitative Inquiry in Psychology (SQIP), and the International Human Science Research Conference (IHSRC). Churchill has written numerous articles and book chapters in the fields of phenomenological research methodology, empathy studies, and human-bonobo communication. More recently, he authored Essentials of Existential Phenomenological Research (2022, published by APA).