We have dedicated the upcoming issue of the Society for Humanistic Psychology newsletter to Kirk Schneider’s candidacy for the American Psychological Association (APA) presidency and the larger theme that his campaign has raised about leadership in existential times.

I have personally come to believe that Kirk Schneider is a leader capable of promoting the type of psychological thinking that can aid us in collectively facing current existential crises, including the COVID-19 pandemic, state violence and systemic racism, increased political instability and polarization, and ecological collapse.

Kirk is the president we need to address the existential threats we are facing and to facilitate healing across divisions, both in APA and in society at large. He is committed to bringing the expertise of each division to the fore and plans to convene a summit of presidents from all 56 of our divisions to gather data on what each would offer to assuage the crises in mental health in our country.

Kirk's work as a practitioner, teacher, and thought leader offers a broad vision needed to address today's impending existential threats. In my own teaching, I have used his APA Psychotherapy Training videos to convey to students how working at relational depth can create the necessary space for confronting existential givens. I often use the questions, as Kirk puts them, “How are you presently living and how are you willing to live?” with clients as well. His work on awe as resisting the “robotic revolution” asks these questions on a broader level and encourages us to examine the ways we are, as a society, moving away from “willing” and “living” and shrinking into predicting and control.

Kirk's call for the establishment of a Psychologist General at the federal level is a useful strategy for elevating psychology's voice in the national dialogue. In our conversations, I have been struck by the potential of such a position to advocate strongly for national policies that address societal issues from a psychosocial perspective. For example, how might our national suicide prevention policies shift beyond merely increasing access to screening, medication, and hospitalization if there was a greater focus on the psychosocial determinants of suicide? Additionally, the psychological and developmental benefits of policies that increase access to quality early childhood education, paid family leave, and universal physical and mental health care are exponential, and could profoundly impact the overall wellbeing of the population.

Kirk has been a long-time prominent advocate of values of mutual respect, anti-racism, inclusivity, and equity. He further believes that social justice must be addressed, advocated for, and acted upon. His promotion of healing dialogues can be transformative both for our society and profession. When I first heard about the dialogue groups, I was concerned that these sessions could be practiced in ways that flatten existing power relations and histories of oppression and end up putting the onus for "civility" and "dialogue" on those most marginalized. However, in our discussions in became clear to me that Kirk is aware of this danger. Rather than flatten or ignore these power dynamics and histories, these dialogues are opportunities for naming them and exploring how they surface in the here and now. This allows for understanding and empathy to emerge and for dialogue to proceed from a place of acknowledgment rather than avoidance or denial.

I personally feel that Kirk's policy proposals to address the divisions within APA and then create opportunities for us to collectively bring our informed perspectives to bear on issues of public policy —such as racial injustice, the prison-industrial complex, the school to prison pipeline, climate change, etc.—while underscoring the evidence for the psychosocial benefits of policies such as paid parental leave, universal health care, free early childhood education, etc., has the greatest potential to make an immediate change in our country.

Kirk Schneider is campaigning to serve as president of APA to “to address the existential crises that are now flaring all about us.” As he puts it:

I believe that Kirk is the president we need to address the existential threats we are facing and to facilitate healing across divisions, both in APA and in society at large. 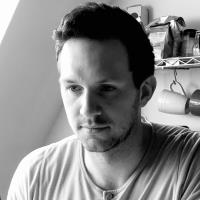 Justin M. Karter, MA, is currently a doctoral candidate in counseling psychology at the University of Massachusetts Boston and a doctoral intern at the University of Albany Counseling Center. He holds master’s degrees in both journalism and mass communication and clinical and community psychology from Point Park University in Pittsburgh. Justin’s research interests are in the interdisciplinary social sciences, critical psychology, and philosophy of psychology. He is currently working on his dissertation, which is a hermeneutic-phenomenological investigation of the experiences of self-identified psychosocial disability advocates who are engaged in activism within and against the movement for global mental health. In his clinical work, Justin is interested in relational psychodynamic, humanistic, narrative, and liberation approaches. In addition, Justin serves as the lead news editor for the social-justice oriented webzine, Mad in America.