From the president: Can humanistic psychology heal the world?

Humanistic Psychology can heal the world if it avoids polarization and embraces complexity, mystery, ambiguity, and awe.

Cite this
Raskin, J. D. (2020, October 7). From the president: Can humanistic psychology heal the world? https://www.apadivisions.org/division-32/news-events/humanistic-psychology-healing

As I assume the presidency of the Society for Humanistic Psychology, humanity is in crisis. The coronavirus pandemic has not only killed a staggering number of people but left psychological and financial devastation in its wake. It has also highlighted socioeconomic and racial inequality, while painfully illustrating the disastrous consequences of our longtime political division and dysfunction. Understandably, as humanistic psychologists we wish to do everything we can to redress these issues and help heal the world. In our quest to do so, we have been heartened by the candidacy of one of our own for the presidency of the entire American Psychological Association (APA): Kirk Schneider, PhD. Kirk’s work on the polarized mind seems especially resonant at the present moment. His ideas provide not only a framework for understanding humanity’s current predicament, but also a cautionary note to avoid replicating the very patterns we are trying to overcome. Only by circumventing this most dangerous of pitfalls do we stand a chance to succeed.

When Kirk speaks of the “polarized” mind, he refers to the human tendency to elevate one point of view to the exclusion of all others. Polarization has analogues in other psychological perspectives—CBT’s “all-or-none thinking,” object relations theory’s “splitting,” and personal construct psychology’s “hostility” all come to mind (for more on perils of the latter, see my March 2020 president-elect column). What distinguishes polarization from these other ideas is that Kirk explicitly roots it within existential theorizing. As such, he presents polarization as a psychological response to our existential dilemma as human beings—principally, that in the scheme of things we humans are small, helplessness, and insignificant, and that our existence is inherently meaningless. These realizations are quite terrifying, and polarized thinking marks an effort to deny this existential reality by privileging ourselves and our points of view while dismissing or denigrating alternative perspectives. Once polarized, we can justifiably deny and avoid feelings of weakness and inconsequentiality in this vast and imposing universe. After all, the certainty and grandiosity of missionary zeal provide both majesty and comfort; they entice us with a sense of purpose and the promise of a significant and meaningful life. By working diligently to impose our unequivocally held beliefs on the world, we keep existential anxiety at bay. However, the ensuing psychological security comes at great cost. Hoisting one perspective above all others ignores complexity; it encourages the subjugation of points of view that diverge from our own. Thus, not only do we psychologically make our own world smaller. Even worse, we run the risk of oppressing others in an effort to sustain our own self-comforting dogmatisms.

Unfortunately, polarized thinking is pervasive. We see it everywhere—in the refusal of people to wear masks during the pandemic (privileging the notion of “personal liberty” over the idea that there might be a greater social good), in politicians like U.S. president Donald Trump’s engaging in shameful race-baiting in response to the Black Lives Matter movement (privileging the idea that one’s own tribe is superior to others and therefore not insignificant after all), and in efforts to prevent some people from voting in the next U.S. election (privileging the idea that one’s own political goals are so inherently pure that any means to advance them are justified). The risk—not only to those wishing to put an end to such incidents, but also to those engaging in them—is that polarized thinking begets polarized thinking. In response to the trauma we experience in the face of voter suppression, racial injustice, and the ongoing antics of “covidiots,” we run the risk of becoming polarized ourselves. As Kirk eloquently puts it: “Revolutionary movements based largely on panic (trauma) tend to overreach and become polarized” (Schneider, 2013, p. 162). Subsequently, “fear-based revolutionary movements (and individuals) tend to ignore the destruction in their wake” (Schneider, 2013, p. 162). As soon as we advantage a single worldview above all others and see ourselves as having cornered the market on truth and morality, we are in jeopardy of shifting from oppressed to oppressor. In this vein, radical constructivist theorist Humberto Maturana (who lived through the horrors of Pinochet’s military coup in his native Chile) poignantly remarked:

My view is that we should never believe that we are in any way special as far as morality or anything else is concerned. . . Those who think they are immune will be the first, I believe, to become torturers in certain situations. They are not aware of their own seducibility (Poerksen, 2004, p. 68).

This is why Kirk, building on the late-career efforts of Carl Rogers to facilitate positive dialogue in encounter groups among conflicting political factions, encourages us to avoid polarized responses to injustice and to instead strive for what he identifies as “awe-based” revolutionary movements. Such movements value diversity of viewpoint, engagement with others, and the embracing of ambiguity and tolerance. Kirk urges humanity “to explore awe-based revolutions at every level of conflict, from that between liberal and conservative, fundamentalist and anarchist, worker and boss, teacher and student, and parent and child” (Schneider, 2013, p. 162).

This is easier said than done, of course. However, its importance cannot be underestimated. All of us—humanistic psychologists or not—must be careful to avoid becoming what we oppose. Shunning, shaming, and calling people out for their racism, economic policies, and pandemic responses may feel good in the moment and seem qualitatively different from the violations to which they are an understandable response. Nevertheless, engaging in such behaviors carries profound risk, not only of falling into polarized thinking ourselves, but also in further polarizing those we call out. Such escalations only yield additional dehumanization and mistreatment of one another.

Ultimately, the non-polarized way forward is perhaps the most difficult path. It requires us to loosen our own constructions (which, importantly, is not the same as giving them up) and to engage openly and honestly with others. It demands what George Kelly, a founder of modern humanistic psychology and creator of personal construct theory, referred to as sociality, in which we credulously attempt to construe the construction processes of others and in so doing, potentially develop meaningful and mutually collaborative social relationships with them (Kelly, 1955/1991a, 1955/1991b). The alternative, which Kelly warned us about decades ago, is mutually assured destruction; citing the Greek myth of Jason’s search for the Golden Fleece, Kelly (1955/1991a) noted that "the warriors who sprang up from the dragon's teeth sown by Jason had much in common but, misconstruing each other's motives, they failed to share in a constructive enterprise and soon destroyed each other" (p. 66).

Humanistic psychologists can fight injustice and help heal the world by heeding APA presidential candidate Kirk Schneider’s advice to avoid polarization. In lieu of polarized thinking, they might work to advance something much more delicate, difficult, precious, and rare—namely dialogues that embrace complexity, mystery, ambiguity, and awe. These are the dialogues that I will endeavor to promote during my year as Society president. 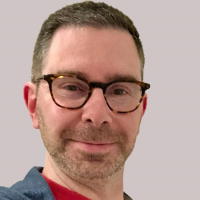 Jonathan D. Raskin, PhD, is professor of psychology and counselor education at the State University of New York at New Paltz, where he currently serves as chair of the department of psychology. Raskin’s research focuses on constructive meaning-based approaches in psychology and counselor education, especially their applications to understanding abnormality, counseling, and psychotherapy. He is co-editor of the Journal of Constructivist Psychology and author of the recent textbook, Abnormal Psychology: Contrasting Perspectives. He tries to keep his mind as unpolarized as possible, but nobody’s perfect.

Schneider, K. J. (2013). The polarized mind: Why it’s killing us and what we can do about it. University Professors Press.