Div. 32 position statements reflect the views of the Society for Humanistic Psychology and should not be construed by APA members or the public as establishing a standard or guideline for psychologists or for individuals or organizations that work with psychologists.

The following is an excerpt from the report of a Division Task Force, published in the Spring, 1997 issue (Vol. 25, No.1) of The Humanistic Psychologist. It represents the position of the society on the issue of "empirically supported treatments."

Humanistic psychologists form their own community of practice and hold their own distinctive views of human nature, of science, of research methodology, and of psychotherapy. Humanistic psychotherapy deals with psychological dysfunction in the broad context of clients' enagements in life and ways of being in the world. Humanistic psychologists are oriented towards promoting the psychological development and growth of individuals, families, and communities through the support of their own creative and self-initiated efforts. Humanistic practices are therefore holistic and are based in a view of the therapeutic process as a dialogical activity, which occurs through person-to-person conversations and through intersubjective symbolic activities. Therefore humanists reject the model of the practitioner as the expert who decides for the patient what the appropriate treatment is. Humanistic practitioners recognize that their job is to place their expertise at the service of their clients and to establish a collaborative dialogical relationship with them. The joint project of client and psychotherapist is to work towards individualized goals that are framed in the clients' world view and understandings of their own aspirations rather than on normative diagnostic categories. Humanists believe that the methods used in providing services must reflect the basic value of promoting the agency and empowerment of individuals and groups.

In these days of public accountability—a movement which humanistic psychologists who offer services to the public support—various groups are producing documents specifying guidelines for appropriate practice. Division 12 of the American Psychological Association has produced its criteria for deciding upon "empirically validated treatments," (recently rechristened "empirically supported treatments").

Humanistic psychologists are concerned about documents such as these because they privilege approaches that a) adopt a medical model view of psychological dysfunction and its remediation, b) are focused on symptom removal, and c) are technological in nature. Further, they are based on a particular model of science—a positivistic natural science method which many humanists view as more appropriate for examining the effects of drug treatment than for examining the complex inter-relationships that characterize humanistic (and many other) forms of psychotherapy. Humanists do not reject natural science research. However they do reject attempts to privilege such methods in the study of human behavior, and to set these methods up as the ultimate criteria for deciding upon the effectiveness of psychotherapy. Therefore humanists reject the idea that therapy must be studied as treatment-of-disorder, and that it must be manualized, the two central criteria of the "empirically supported treatments" guidelines of Division 12.

Humanistic psychologists do support the need for empirical research, and for the provision of services that have some evidence backing up their effectiveness. However, both natural and human science methods are of value and neither should be privileged over the other. Therefore, humanistic psychologists would be in favor of "empirically supported services," only with different criteria than those specified by Division 12. A Task Force of the society is engaged in an ongoing effort to specify such criteria.

Position Statement on Human Dignity
Adopted unanimously by the Div. 32 Executive Board, August 2015

Humanistic psychology is an approach to psychology that recognizes that dignity is common to all human beings by reason of their nature or being. This is why humanistic psychology embraces holistic approaches, valuing a person to be more than the sum of his or her cognitive, behavioral and anatomical parts. This is also why humanistic psychologists understand that the person, while always situated within an interpersonal context, is not reducible to mere social meanings. By virtue of his or her innate dignity as a human being, the person transcends the simple categories of reductionistic labels and social constructs. To relate to the Other as a person of dignity is to engage in an “I-Thou” encounter, as opposed to an “I-It” encounter, as philosopher Martin Buber described; it is to encounter the other as a person rather than a thing.

For humanistic psychologists, ethics is our first philosophy, as philosopher, Emmanuel Levinas (1961) taught in "Totality and Infinity: An Essay on Exteriority," it is what calls us to our ontological and epistemological stance. This stance, rooted in the fundamental dignity of the person, is based on the call of the other. To say that ethics is the “first philosophy” of humanistic psychology is to say that humanistic psychology is guided by values. Diversity, and the move toward inclusivity, moreover, is centrally guided by the recognition of the ontological dignity of all persons – a recognition of a core value that holds preeminently and is not subject to value relativism, founded, as it is, in our very “being” as human persons.

The Society for Humanistic Psychology (American Psychological Association, Division 32) opposes the practice of conversion or reparative therapy (also referred to as “counseling for unwanted same-sex attraction”), or any other psychotherapy approach that proactively seeks to change the sexual orientation of an individual. Such practices disregard the basic human dignity of lesbian, gay, bisexual, and transgender (LGBT) individuals. Furthermore, any individuals seeking therapy to change one’s sexual orientation should be adequately informed of the potential risks of such therapy. Any attempt to deny or minimize the psychological dangers of attempts to change one’s sexual orientation is unethical and professionally irresponsible. Humanistic psychologists should seek to promote accurate information based on the scientific and clinical literature that addresses the psychological well-being of LGBT individuals as well as proactively address prejudicial and discriminatory practices impacting LGBT individuals.

The Society for Humanistic Psychology (American Psychological Association, Division 32) maintains the position that all individuals should be afforded all the same marital rights as heterosexual individuals, including the right to marry a partner of their choice, regardless of sexual orientation. Any legal or other barriers to marriage for lesbian, gay, bisexual, and transgender individuals may negatively impact the psychological health of these individuals and their children, as well as creating challenges in accessing the same economic and health resources available to heterosexual individuals.

The Society for Humanistic Psychology (American Psychological Association, Division 32) supports the rights of same-sex couples to conceive and/or adopt and raise children. It is important for children to be raised in a loving and supportive home with caregivers who are able to provide healthy attachment relationships. The Society for Humanistic Psychology maintains there is no scientific or clinical evidence to support the position that being raised by same-sex parents causes harm. Furthermore, there is scientific and clinical support that gay and lesbian individuals are as able as heterosexual individuals to provide a loving, supportive home in which children can thrive. Humanistic psychologists should work to dispute the biases, stereotypes, and prejudices about same-sex families in regard to parenting through providing accurate scientific information.

The Society for Humanistic Psychology (American Psychological Association, Division 32) supports the basic rights and dignity of all individuals, regardless of sexual orientation and/or gender identity. The Society for Humanistic Psychology stands against any discrimination against sexual and gender minorities, including Lesbian, Gay, Bisexual, and Transgender (LGBT) individuals. Humanistic psychologists should be aware of and recognize the harm caused by various forms of discrimination, stereotyping, and bias against sexual and gender minorities. Psychological professionals providing services to sexual and gender minorities should receive appropriate training prior to working with these clients. Furthermore, humanistic psychologists should help promote the dissemination of accurate information about sexual minorities and seek to reduce harm in the public and professional spheres caused by prejudice, biases, and discrimination against sexual minorities. Any statement suggesting that sexual and gender minorities, when compared to heterosexual individuals, are not equally able to self-actualize and develop to their full potential as human beings stands contrary to the basic beliefs and values of humanistic psychology.

APA’s Div. 32 (The Society for Humanistic Psychology) is committed to social justice, human rights and human dignity. Humanistic psychologists believe in the equal rights of all human beings to dignity, respect, fairness and justice; the right to access basic resources such as food, shelter, education and health care; the right to a fair trial, to be innocent until proven guilty in a just and fair court of law; the right to freedom from violence and oppression, including epistemological and institutional oppression; the right to form relationships, marry and build families; the right not to be forced into marriage or childbearing; and the freedom of speech, thought, writing and belief.

The full statement is available online.

The Society for Humanistic Psychology offers the following thoughts and proposals to the American Psychological Association's Presidential Task Force on Psychological Ethics and National Security:

Accordingly, the society proposes (1) that the APA insist on legislation and other relevant action that would require psychologists, working for the military, intelligence services or associated agencies, whether in the interest or national security or not, to uphold the APA's ethical code; (2) that the legislation and other relevant action protect psychologists doing such work from being penalized by their employers for refusing to engage in practices that violate the ethical code; (3) that the employers be required to report to the APA psychologists in their employment who breech the ethical code; (4) that disciplinary action be applied as well to members who witness but fail to report other members having violated the ethical code; (5) that all such legislation and action be made known publicly; and (6) APA should make every effort to publicize this proactive stance and communicate this stance to its members.

The draft Statement on Hate Incidents in the United States was written by the Society for Humanistic Psychology Task Force on Hate Incidents. We are currently seeking feedback on this draft from Div. 32 members. We would be very grateful for any comments, ideas or questions that you might have. Please review the statement and submit your feedback by May 25, 2019. 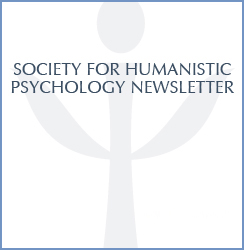