Acknowledging our own hostility

Exhibiting empathy and openness while resisting hostility is hard, especially in today’s culture, where righteous certitude and angry takedowns are prized. Can conceding that we all get hostile sometimes help?
Cite this
Society for Humanistic Psychology. (2020, March). Acknowledging our own hostility. Society for Humanistic Psychology Newsletter. http://www.apadivisions.org/division-32/publications/newsletters/humanistic/2020/03/managing-hostility 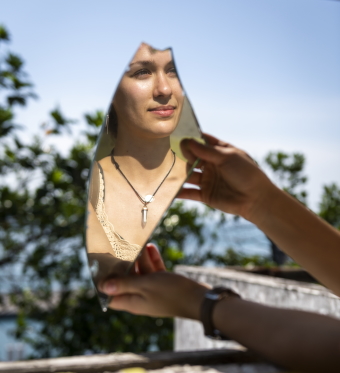 In case you haven’t noticed, there’s an alarming amount of dogmatic rage in the world these days. Newspapers, TV and social media are full of diatribes, callouts and takedowns. Listening to views different from one’s own is increasingly frowned upon. Instead, ad hominem attacks and purity tests rule the day. The disturbing message? Stay true to the views of your tribe and heartily condemn all contrary viewpoints and those who express them. Ironically, for all our schisms, the one thing we seem to share is the sense that those who disagree with us are bad and should be silenced. Engaging with them compromises our integrity. Jackals are to be kept at bay, not talked to or empathized with.

As humanistic psychologists, it is easy to become smug and self-righteous over this state of affairs. Well-versed in the work of Carl Rogers, the temptation is to scoff at those who disrespect and demean others for refusing to hew to a particular viewpoint. But are any of us immune? I hesitate to admit it, but recently I succumbed to the very kind of hostility I am criticizing. When I refer to hostility, I’m defining it in personal construct theory terms, as frantic efforts to extort evidence in support of a social prediction that has clearly failed. Clinging to the belief that the earth is flat despite overwhelming evidence that there are preferable geological constructions and demanding that others affirm this belief constitutes a quintessential example of hostility.

The trigger for my recent personal bout with hostility occurred upon being confronted with evidence in Susannah Cahalan’s new book, The Great Pretender, that one of my humanistic heroes, psychologist David Rosenhan, may have fabricated data in his famous pseudopatient study. As you may recall, the pseudopatient study involved Rosenhan and several of his students presenting at psychiatric hospitals reporting voices that said “hollow” and “thud.” All were involuntarily committed, and none were ever identified as imposters upon their release. The study has long stood as an exemplar of psychiatry’s diagnostic woes.

Trouble is, Cahalan makes a compelling case that Rosenhan distorted, selectively presented and in some instances made up his data. Faced with Cahalan’s powerful evidence, I started to become hostile. I scrambled to identify inconsistencies in Cahalan’s argument, and when that failed, I entertained a variety of ad hominem attacks on her character, including the spurious contention that as a former reporter for the conservative New York Post tabloid, she simply wasn’t a trustworthy source. After all, the Post is owned by Rupert Murdoch and endorsed Donald Trump; clearly this invalidated anything nasty Cahalan had to say about our esteemed humanistic colleague, Rosenhan. As I slipped down the inevitable abyss into blame, condemnation and character assassination, I momentarily felt better because the oxygen-starved view I was clinging to seemed to get a desperately needed last gasp of air. But ultimately this was a mirage. None of my hostile impulses could overcome what I so desperately wanted to resist, namely that my construal of Rosenhan and his study had to change. Thus, I let go of my hostility and began the arduous task of revising my constructs. Admittedly, this ongoing process is painful, albeit necessary.

The lesson, I think, is that exhibiting empathy and openness while resisting hostility is hard, and none of us are immune from the struggle, humanistic psychologists included. Despite our historic emphasis on empathy and unconditional positive regard, we humanists are, like all people, susceptible to the kind of “us-them” sanctimoniousness and hostility that we denounce in others. How often have you been at Div. 32 conferences and heard your humanistic brethren belittling cognitive-behaviorists, biological psychiatrists and DSM-5ers by dismissing them as corrupt and reductionistic essentializers in the pocket of insurance companies and Big Pharma? So much for empathy or trying to understand contrasting perspectives. Isn’t it possible that at least some of the time, these folks have points worthy of consideration, and that in such instances we should remain open to the possibility that our own beliefs may require revision or replacement? At minimum, how about we invite these individuals into conversation, not to negate their arguments and put them in their place but to earnestly listen to them in an effort to give consideration to ideas that threaten us. We might find that we change, but so do they. That’s what genuine humanistic empathy and understanding have the potential to offer — and also is why they are so damn hard.

During my presidency, I would like to emphasize the need for humanistic psychologists to retain a commitment to openness and humility, even when faced with challenges (sometimes hostile) to their core values and beliefs. When we endeavor to empathize with others, even others whose ideas we find foreign and objectionable, we create the potential for genuine human contact. None of us can expect to do this well all the time. Everyone experiences hostility occasionally. Hostility can be alluring because coercing others into embracing what we desperately want to convince ourselves is the case provides fleeting satisfaction. Perhaps this is why knocking people we disagree with down a notch or two by turning them into straw figures feels good. However, as George Kelly, the founder of personal construct psychology, once remarked about this kind of hostility, “It may be fun, but it’s bad.” 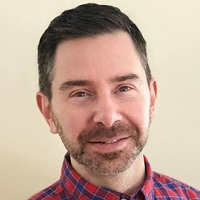 Jonathan D. Raskin, PhD, is professor of psychology and counselor education at the State University of New York at New Paltz, where he currently serves as chair of the department of psychology. Raskin’s research focuses on constructive meaning-based approaches in psychology and counselor education, especially their applications to understanding abnormality, counseling and psychotherapy.  He is co-editor of the Journal of Constructivist Psychology and author of the recent textbook, Abnormal Psychology: Contrasting Perspectives.