Regarding the reform and revision of diagnostic systems

Addressing social and structural origins of psychological distress rather than limiting diagnosis to individuals whose lives are disrupted by them.
Cite this
Society for Humanistic Psychology. (2020, March). Regarding the reform and revision of diagnostic systems. Society for Humanistic Psychology Newsletter. http://www.apadivisions.org/division-32/publications/newsletters/humanistic/2020/03/open-letter

On Feb. 12, 2020, the Society for Humanistic Psychology’s Task Force for Diagnostic Alternatives (TFDA) released a new open letter regarding the reform and revision of diagnostic systems in the mental health field. Individuals and organizations can show their support and virtually sign the diagnostic alternatives letter.

An international task force of the American Psychological Association’s Div. 32 (Society for Humanistic Psychology) has issued a statement detailing concerns about major psychiatric diagnostic manuals. In an open letter already endorsed by leading international mental health organizations, the task force calls for significant changes to our diagnostic systems to combat the continued and continuous medicalization of our natural and normal emotional responses.

This over-medicalization causes an epidemic of prescribed drug harms. Prescription of dependence-forming psychiatric drugs has reached terrifying proportions. One in five Americans now takes a psychiatric drug, with widespread problems of dependence, and therefore physical and psychological harm. The United Nations Special Rapporteur Dainius Pūras, MD, has pointed out that prescription follows diagnosis and “the excessive use of diagnostic categories [can] lead to excessive medicalization.”

The challenge issued by the letters’ authors addressed the leaders of the American Psychiatric Association, the World Health Organization, and others developing psychiatric diagnostic manuals, asking these leaders to reflect on the purpose and aim of diagnostic systems (as a mechanism for the marketing of medications and professions versus a genuine attempt to improve well-being), address financial conflicts of interest, permit democratic oversight and governance, incorporate a breadth of scientific and philosophical perspectives and address the scientific failings of conventional approaches. 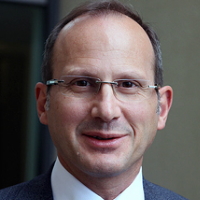 Peter Kinderman, PhD, professor of clinical psychology at the University of Liverpool and former president of the British Psychological Society, said: “Seeing our difficult emotions as symptoms of mental illness is only one way of thinking about them, with advantages and disadvantages. Biomedical psychiatry does not have a monopoly of understanding, and in this open letter, we make it clear that there are alternative perspectives — valid and based on sound scientific evidence — that deserve to be given consideration. We need to stop blaming and medicating the victims of abuse and disadvantage. Mental health professionals, politicians, journalists and members of the public are realizing that there are alternatives to an exclusively biomedical perspective on our mental health is ineffective and dangerous, leading to pathologizing labels and the prescription of harmful drugs in huge quantities.” 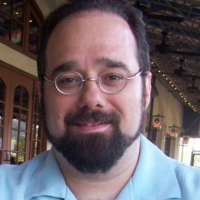 Brent Dean Robbins, PhD, co-chair of the task force and chair of the psychology department at Point Park University, said: "We know from past research that the process of diagnosis has a profound impact on how people understand their own suffering and the suffering of others. We have an ethical obligation to promote ways of speaking about human struggles that humanize rather than dehumanize people and that contextualize human struggles rather than scapegoat individuals who are victims of dysfunctional systems.” 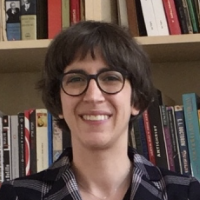 Sarah Kamens, PhD, co-chair of the task force and assistant professor of psychology at SUNY College at Old Westbury, said: “Researchers have recently proposed the idea of a ‘paradigm shift’ in psychiatric diagnosis. Our current paradigm is primarily focused on identifying biomarkers for mental distress and efforts to fix or improve this paradigm do not constitute a ‘shift.’ A true paradigm shift would ‘diagnose’ our condition as biological beings who experience social problems that make us suffer. Imagine a diagnostic system centered on experiences like poverty, homelessness and discrimination. Now, that would be a paradigm shift.” 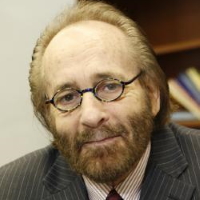 Frank Farley, PhD, co-chair of the task force and former president of the American Psychological Association, said: “People have a right to be understood, rather than have medicalized frameworks of understanding imposed upon them. This is a call for plurality and science, rather than biomedical dogmatism and offers a vision for the future.”