Scott Churchill, PhD, and Stephanie Gabel Zepeda, PhD, have a discussion about existential phenomenological concepts in the context of quarantine time. It is a call to action and existential responsibility.
Cite this

In early April, Stephanie Gabel Zapeda, a former student from my university (who is now teaching her own classes in Houston) asked if I would do a video interview with her to talk about the pandemic. She was doing these interviews with various mentor figures from her past (Ken Gergen and Harlene Anderson also agreed to be interviewed for this project), and then she posted the interviews to YouTube.

It was a completely spontaneous conversation, as I had not spoken with her for around eight years, since I had visited her graduate program in Houston. She had only told us that she would like to talk with us about ideas that might help to guide us through the pandemic. We started talking and this was the result. (The other recordings have been posted to YouTube as well.) 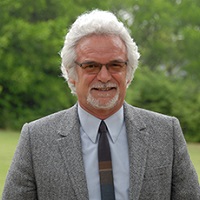 Scott D. Churchill, PhD, is professor of psychology at the University of Dallas, where he has previously served as chair and founding director of its masters programs in psychology. A fellow of the American Psychological Association and past president of the Society for Humanistic Psychology (Div. 32), Churchill currently serves as editor-in-chief of The Humanistic Psychologist, now published by APA Journals, and as president of the Society for Theoretical and Philosophical Psychology (Div. 24).