Phyllis Bronstein grew up in the greater New York area, graduated from the University of Michigan in 1962 with a degree in English, married at 20, and started graduate school there. When her husband’s job took them to a Boston suburb some years later, she tried being a stay-at-home mom, with a toddler, a newborn, and a plan to write fiction in her spare time. However, she soon discovered that there was barely time for sleeping, let alone writing, and so she pieced together what babysitting she could in that pre-daycare era, and hastened back to grad school. She received an MA in literature and creative writing from Boston University in 1966, and went on to teach composition and literature over the next six years, mainly at Northeastern University. Her concern with social issues was reflected in the topics she had her students read and write about, including the Vietnam War, sexism, and racism. When the first issue of Ms. magazine came out in 1972, she used it as a textbook in an all-male class of business majors.

Sensing that the Women’s Movement was opening up new possibilities for career choices, she decided that social psychology could provide more direct opportunity for implementing social change. And so she returned to grad school, receiving a PhD in 1979 from Harvard. In the early 70s, she also happened upon a self-help movement called Re-evaluation Counseling, which consists of a network of communities around the world using peer counseling as a mechanism for both individual growth and social change. It has had a continuing impact on her life over the past 40 years, in both personal and professional domains.

Her later years of graduate study were funded by an NIMH fellowship in cross-cultural human development, which included a year of living in Mexico, doing her dissertation research on parenting and family relationships. In addition, because there were more academic jobs available in the clinical area, she did both pre- and postdoctoral clinical internships. By this time, she was a divorced single parent of three children. She taught at Wellesley College for a year, and in 1981 began her 23 years at the University of Vermont, in the clinical psychology program.

Her active involvement in feminist psychology began in 1980, when a grad school friend invited her to a planning meeting for an upcoming AWP conference in Boston. She was delighted to discover so many like-minded colleagues, and joined an interest group for integrating gender into the psychology curriculum, which led to a symposium at the conference and a Division 35-sponsored symposium at an APA Convention. Realizing that a scarcity of information in the psychology literature existed not only about females, but about everyone who was not heterosexual, able-bodied, and of western European heritage, she and Kat Quina proposed an edited book to APA, which became Teaching a Psychology of People: Resources for Gender and Sociocultural Awareness. It was a slim volume – there were not many scholars doing research in these areas – but it was the first of its kind, and won AWP’s 1989 Distinguished Publication award. In 2003, APA published their much more extensive book, Teaching Gender and Multicultural Awareness: Resources for the Psychology Classroom, which happily is one of many resources now available on the topic.

Her involvement in SPW began in the early 1980s, when she and her partner Robert Rossel were asked to chair a taskforce on men and family work. This led to an APA workshop and symposium, and to an edited book (with Carolyn Cowan), Fatherhood Today: Men’s Changing Role in the Family. In her ongoing research on parenting, fathers – and in particular, their impact on gender role socialization – have continued to be an important focus.

Her interest in counteracting oppressive forces in society accelerated when she began teaching at UVM. Having experienced sexism in grad school and on the job market, she decided to do research on the experiences of women and ethnic minority faculty, including studies of sexism in letters of recommendation for job applicants, barriers to advancement, and the intersection of sexism and ageism. The journey to becoming “Aunt Academe” began after a particularly vicious tenure fight that she went through pretty much on her own; it caused her to make a commitment to herself that no one she knew of would ever have to go through that kind of struggle alone. She became a behind-the-scenes advocate for women and minorities at her institution, and during her last three years, the official campus ombudsperson. She also founded and led a number of women’s advocacy groups there, which over time have resulted in a more equitable campus environment. In addition, she created a faculty mentoring program and ran it for five years, which provided support for many women and minority junior faculty. In her last year there, she received the Faculty Woman of the Year award, for her contributions to the lives of women at UVM.

Read about other feminist leaders 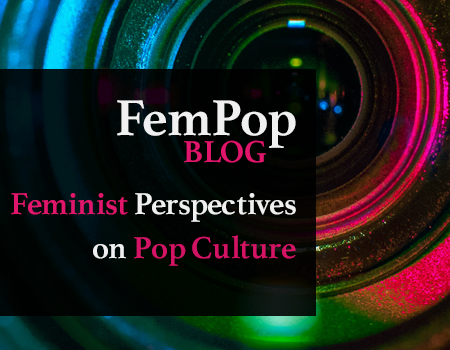