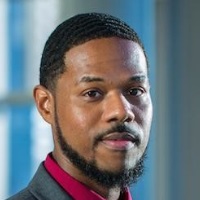 The division is pleased to announce the appointment of the 2020 Presidential Task Force on Advancing Social and Emotional Development of Black Boys through Research, Advocacy and Community Engagement.

The task force was recently appointed by President-Elect Erlanger Turner, with the goal of advancing research and advocacy efforts related to black boys. The task force is composed of researchers, clinicians and public policy advocates.

The members of the task force are: