Although a multitude of schools of thought may be found within contemporary psychoanalysis, at bottom the discipline does afford significant common ground in a theory of mind that is critical of conscious self-knowledge. In that it affords any theory of mind, psychoanalysis shares a problem faced by all theories of mind. This problem was well put by Daniel Dennett (1978, p.149) when he wrote: “Consciousness appears to be the last bastion of…. immeasurable subjective states—in short, the one area of mind best left to philosophers…. Let them make fools of themselves trying to corral the ‘quicksilver of phenomenology’ into respectable theory.”

By all accounts (c.f. Velmans, 2006) consciousness remains a philosophical problem whose terrain is difficult to corral. If one takes seriously Foucault’s (1969/1977) comment that Freud was in fact a discursive thinker in that Freud’s writing may be considered a primary point of reference that cleared a space for a discourse greater than his own, then revisiting Freud’s work might be a wise move for a philosopher interested in not looking terribly foolish while writing on this so called quicksilver of phenomenology. To his credit, Jon Mills has assembled such a band of philosophers in the current volume under review.

Weighing in at ten papers and two hundred and eighteen pages long, the collection manages to cover significant ground. Among the varied aspects of subjectivity found herein are images, dreams, narcissism, denial, remembering, race, and social construction. Although each paper holds its own, the collection manages in its rereading of Freud to work itself into a coherent whole that might be considered a preference for multiplicity and process despite the stylistic differences of each individual writer. In itself, such cohesion is worthy of notice. Cohesion aside, such a multifaceted work is not easily reviewed in a short space. However, it is possible that some brief comments including noting some of the other philosophers called upon to aid these authors in their writing might serve to pique another readers curiosity.

Objectivity is found wanting in the analysis of dreams. Writing on the logic and illogic of dreams, John Sallis is concerned with the psyche as translator. He makes evident the difficulty of translation in that one translation (or as he puts it, logic) conceals “the illogic of dream work” (p. 7). In the suggestion that interpretation may never be complete, Sallis evokes Derrida’s analysis of the difference between translation and transcription. For his part, Tom Rockmore evaluates Freud’s claim that in fact the unconscious can be known to suggest that such knowing occurs via a social construction between patient and analyst.

Addressing conceptions of the unconscious developed in Freud’s early work on psychosexual development, John Russon employs an intersubjective zeitgeist to address the child’s body within the field of a family. Here Russon suggests that Freud has not adequately accounted for our experience of other people. Russon evokes phenomenological philosophy pace Heidegger and Merleau-Ponty to argue that Freud has not fully taken account of the philosophical “problem of other minds” and the manner in which it is human to desire the perspective of others. Images are explored by Stephen Ross via Blanchot in order to illustrate the manner in which multiple identifications are necessary for ego formation. Emily Zakin addresses Luce Irigaray’s writing on femininity and melancholia in a manner that fits nicely with Russon’s analysis of other minds or subjectivity and the difference as noted by Ross that an image without subjectivity is corpse-like. Such a corpse is conceived to be at the center of melancholy.

Wilfried Ver Eecke writes on denial in order to affirm Hegel’s claim regarding the importance of feelings in relation to ideality. Ver Eecke notes that Freud’s emphasis on linguistic negation in his writing on denial occludes the need to elevate the “whole of life to the linguistic world” (p. 114).

In his turn to Hegel, Jon Mills addresses Freud’s dialectics to suggest that Freud’s psyche model is composed of a single essence, process: a process of desire. Here the phenomenology of mental events are used to argue that id, ego, and superego are not separate entities. Similar to Foucault’s attribution of Freud’s work as the origin of a discursive practice, Mills’ rereading finds ample room for contemporary application and modification of Freud’s work. However, in his paper Mills suggests that contemporary psychoanalysis has shown a tendency to sacrifice the anti-Cartesian stance of Freud’s revolutionary philosophical privileging of the unconscious in favor of consciousness. Further, he maintains that contemporary psychoanalysis has forsaken, not simply modified or reread, Freud by creating a false dichotomy between drives and relationships. Unlike Foucault, Mills is very much alive in contemporary psychoanalysis as a member of the editorial board of this division’s journal and as the chairperson of the psychoanalytic section of the Canadian Psychological Association. From such a position, his rereading of Freud and concern regarding false dichotomies and Freud’s location in contemporary practice deserves to be taken seriously by any practitioner attracted to Freud’s project and the contemporary scene. 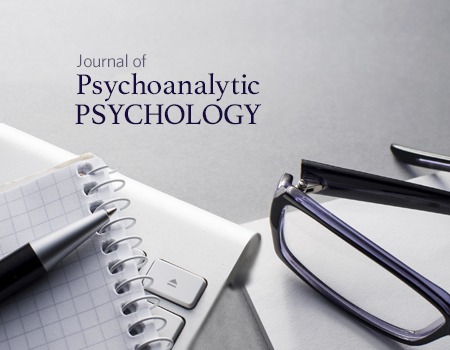