Among other things, 2004 marked the publication of a translation of the expanded second edition of Otto Rank’s The Myth of the Birth of the Hero: A Psychological Exploration of Myth into English. Unlike the first German edition that affords interpretations of stories such as those of Oedipus and Moses and was published in 1909, the expanded second edition includes Rank’s use of anthropological theory and analysis of additional tales such as the story of Dionysus. In taking Greek and Biblical stories to task with a psychoanalytic lens and analyzing anthropological theory to understand cultural groups one may note that despite his then provocative clinically relational focus, Rank was rather close to Freud.

Although some clinically trained psychologists (e.g., Ducat, 2004) have continued the line of cultural psychoanalytic scholarship that began with Freud, and Johns Hopkins University Press has found it worthwhile to support a new translation of Rank’s work, it is notable that in an era of increased specialization much of the psychoanalysis of stories and cultural narratives has migrated outside of the clinical field to locales such as English departments where psychoanalytic theory is used on occasion as a tool of deconstruction. While such scholarship may not be as closely associated to clinical practice as it was in Freud’s and Rank’s day, among psychoanalytically informed clinicians there continues to be an interest in the manner in which culture is found amidst the landscape of the psyche. To that end, it might well behoove the clinician to look outside of clinical discourse to what has transpired in other departments via a psychoanalytic lens. An accessible and informative place to start for those curious about the clinical import of stories would be the work that Alan Dundes has contributed to the field of folkloristics.

In the preface of the book under review, Dundes notes that in the course of becoming an undergraduate English major at Yale in the early 1950’s he happened to take a psychology course on personality in which a suggested reading was Rank’s book on myths. Dundes notes that the reading was not mandatory, and I find it interesting to consider that happening upon the new translation of Rank’s work as an undergraduate student of psychology would be an equally if not greater oddity in today’s classrooms. Although his reading ignited a passion, his road ahead was not without substantial challenge. He aptly illustrates the oft-found academic prejudice against psychoanalysis in his attempt to chart a course of psychoanalytic folkloristics (his term). Yet, he has successfully carved out a niche, and Dundes makes his bias clear that one benefits from psychoanalytic tools, such as an understanding of triadic relations, in order to fully grasp the import of folklore. However, he notes that although some decades have passed since he was in graduate school, it remains unusual for a folklorist to utilize such an epistemology, and that most attempts to understand folklore via psychoanalysis may be attributed to Freud and his early circle. Dundes argues that one limitation of that early work is that the database utilized by most psychoanalysts is limited to the Grimm tales, classical myths, and the Old Testament. As the work under review makes clear, such a sample is simply not representative.

This volume of seven essays (two of which were co-authored with his sociology professor daughter Lauren) contains work that was published in journals not typically frequented by analysts such as the Journal of American Folklore. However, the content being an engagement with projection and gender identity is quickly noted as familiar ground to those interested in psychoanalysis.

To consider projection and myth together is, as Freud demonstrated, to lend an unease to the domain of religion. In his consideration of religion, Dundes notes that cultural relativism is a key to a complete understanding. Within psychoanalysis such context specificity is not traced to a post-modern turn but to an idea that crystallized in a seminar co-led by the psychoanalyst Abram Kardiner and the anthropologist Ralph Linton at Columbia University in 1940: that the relationship to a deity is modeled after the particular relationship between parent and child in a given culture (emphasis added). Dundes notes the importance of adding such cultural variance to Freud’s formula: infant is to parent as adult is to deity, as such a culturally specific reformulation supports the theory that mythology and theology are an ethnographic projection of a particular parent-child relationship.

To illustrate this psychoanalytic ethnography, Dundes considers the subjects of fasting, self-mutilation, and dues otiosus (the creator god who withdraws after creating). In consideration of fasting, he wonders why fasting would lead an authority to yield in the favor of the person who has stopped eating. The work of Menninger and others who have focused on infantile aggression as an explanation is problematized by Dundes due to his conception that their theory departs from ethnographic data, and he concludes that fasting does not please a deity, but forces the deity to engage in a relationship by demanding attention. The parent child relational template found in the religious adult who is fasting is therefore understood along the Pavlovian lines of the infant’s association that hunger is a conditioned response singling an approaching adult. Unlike Pavlov’s laboratory, here the relationship is the primary drive and the biological drive of hunger serves as a signal. Dundes further notes along cross-cultural lines that adults typically do not engage in fasting in cultures in which infants feed on schedule as the experience of intense hunger is absent from that culture. He furthers this culturally specific relational thesis in treating self-mutilation. Dundes suggests that in the case of an indifferent parent or deity, crying out when hurt may be the only means of attracting attention. Extending this line even further, Dundes illustrates that dues otiosus is found to a greater extent in polygamous societies in which the father is often not at home. It is striking that although Dundes’ interpretation and observations favor the relational and cultural shifts within contemporary psychoanalysis; his work makes little explicit use of the substantial scholarship generated by present-day psychoanalysis.

Commonly linked to religion is the case of the vampire. In keeping to his project, Dundes considers religious explanation of the creature (created by the devil) to be along the lines of other limited literal explanations for the tale, such as an explanation proposed by some psychologists (most recently, Bourguignon, 1997) that the legend is based on cases of mentally disturbed individuals who drank blood from their victims. In considering the case of vampire as folklore, Dundes turns to the facts of the story: that the vampire is dead and thirsty. First, Dundes illustrates the manner in which an absence of hydration is a common theme in Indo-European and Semitic narratives concerning the dead (the vampire is not a universal figure, Dundes notes). To explain why this dehydrated creature threatens the living, Dundes turns to Freud’s and Ernest Jones’ argument that ambivalence towards the deceased leads to the projection of disavowed feelings onto the corpse—projective identification meets folklore. Dundes also extends his psychoanalytic treatment of the vampire to the work of Abraham and Klein, and the common occurrence of a woman’s breast in vampire stories is considered along these lines. In short, the vampire is considered a projective fantasy based in guilt created by perceived abandonment by a grief stricken relation of the deceased.

In moving toward gendered terrain, Dundes notes an interesting trend: fairy tales are always told from the perspective of a child. Here boys have to defeat giants in stories of absent fathers (Jack in the Beanstalk is an example Dundes provides) and girls typically battle witches when mother is absent. Dundes suggests that these creatures might well be considered parental imagos. Among tales of more recent origin than the story of Oedipus, Dundes considers the Hans Christian Andersen tale of The Little Mermaid. This story of a siren who is in conflict with a false bride was recently depicted by Disney, and Dundes places a focus on the film. Dundes illustrates that in Disney’s and Andersen’s depictions, the mermaid is no longer active and dangerous as she once was depicted. (An example provided by Dundes from Portugal in 1601 is notably striking in regard to danger, as the mermaid may crush her male lovers.) Instead, the mermaid has become passive in the male retelling of a woman’s tale in which the feminine is perceived as a phallic threat that is now controlled within a patriarchal context. Dundes notes Jung’s work on the Electra complex in this case of a girl whose virginity may be jeopardized if she magically changes from mermaid/girl to human/woman. To further round out his treatment of gender, additional chapters take to task what Dundes considers a modern day menstruation ritual—young girls huddled together in a dark bathroom to see if a ghost named Bloody Mary appears, and the oft documented ritual of collegiate hazing—where dominant sorority sisters act like men and male pledges are infantilized and feminized with the hope that like members of the Army, they will be made magically into phallic men.

Moving from mermaids and vampires to the college campus, one is treated to a rich ethnographic history and skillful use of psychoanalytic theory throughout the text. With several papers that have a gendered focus, the book is a welcome addition to any reader’s list whose interest is cultural considerations of gender and psychoanalysis. Although he shows that the concept of cultural variance existed early on within the psychoanalytic scene, Dundes’ notes that part of the unease that folklorists have with psychoanalysis is the perception among most folklore scholars that to the psychoanalyst the psyche is universally the monocultural. Indeed, it has taken some time for a constructivist frame to enter into mainstream discourse within psychoanalysis, and some may argue that it remains outside of mainstream psychoanalysis. Yet, Dundes shows that the seeds of this discourse have been with psychoanalysis from the start, and for his part he does well in illustrating the utilization of a contextualist psychoanalysis to scholars both in and outside of the field.

Louis Rothschild is in independent practice in Providence, R.I. and a member of the local chapter: The Rhode Island Association for Psychoanalytic Psychologies. 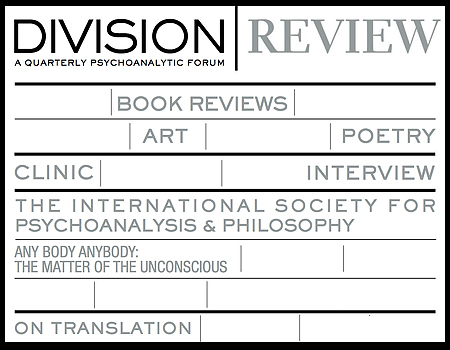