The Inner World of the Mother (Book Review)

In the introduction of this book, the editors note that motherhood has been stressed in psychoanalytic literature, but usually because of mother’s powerful influence on her child. Mother as object has long been a topic of study, but not mother as subject. This is stated quite eloquently by one of the contributors (Bernardez):

“[W]ith very few exceptions these works have in common an absence that is very critical; the subjectivity of the mother. The mother is treated as an object at the service of the child, an agent defined mostly by her response to the infant, but whose needs are not in the equation. We know that to respond in an empathic, accurate, and satisfying way to the child while preserving one’s differentiated identity, and indeed growing with the legendary task of motherhood, requires a well-developed adult who can negotiate the multitude of conflictual forks in the process of helping the child’s development. But the papers we read continue to deal with the mother as an undefined entity, singularly placed in the world with one goal only, the understanding and satisfaction of the needs of the child (pp. 299-300).”

This book is an excellent collection of papers addressing the issues of what happens to a woman’s inner world during motherhood, what is her subjective experience, and how is a woman changed by the fact of motherhood. The Inner World of the Mother provides a much needed contribution to our field, and was a pleasure to read.

The book consists of sixteen chapters, covering topics ranging from normative experience to psychopathology and trauma. The chapters may be read in order or the reader may pick and choose those topics of interest, reading only those. Each paper stands on its own. I found all of the chapters insightful and well written, with some that were quite excellent. The editors, Dale Mendell and Patsy Turrini, wrote the introduction. In addition to providing a brief statement as to the need for a book such as this, the introduction briefly provides the reader with an overview of the book. Including the editors, there are fifteen contributors, each clearly quite knowledgeable about his or her topic.

The first four chapters draw the reader’s attention to what is normative and universal. Peter Blos, Jr., in the first chapter, presents clinical material and discusses it within the context of the theoretical position that development occurs throughout the lifespan and a belief that the mother’s inner world is “an important part of the psychological matrix of expectation that a child enters at birth” (p. 14). Blos stresses the importance of a three generational model: the mother, the mother’s mother, and the new child; and he states, “the maternal tasks are to integrate the new and the old, the real and the imagined, the interior and the social in such a way that a new, stable aspect of the personality is formed—the mother” (p. 5). In three clinical vignettes Blos describes and discusses the defenses of identification with the aggressor and projection.

Turrini and Mendell wrote the second chapter, in which they describe their hypothesis on maternal lines of development, including two maternal structures which they postulate begin preoedipally: the maternal ego ideal and the maternal caretaking functions. I particularly appreciated their comment at the end of the chapter that psychoanalytic theory has traditionally viewed as pathological what Mendell and Turrini describe in this paper as normative. They observe that if this pathologizing stance is taken in psychotherapy, it may lead to withdrawal or depression, and maternal self-exploration will be prevented. Henri Parens discusses mothers’ emotional investment in their babies. I found most interesting his discussion of motherhood as not a “developmental crisis” but as a “psychobiological ‘developmental’ process” (p. 45) marked not by regression, but by “an adaptive, transient increased flexibility in heretofore stable psychic structures, especially in ego functioning” (p. 48). Rosemary Balsam begins her chapter stating, “Often it is only when she becomes a mother herself that a woman experiences the full impact of her own internalized mother. Becoming a mother is a developmental process that carries with it positive and negative effects on a woman’s subjective sense of herself” (p. 71). Balsam discusses the idea and provides several case examples.

In the fifth chapter, Laurie Hollman writes about the treatment of two married women in their early thirties, both of whom had lost their parents, and became pregnant and had babies during the course of treatment. Hollman provides very nice descriptions of the treatments of these two women and the relationship of mourning in early adulthood and ambivalence about motherhood. She notes parental loss experienced by young women who then become mothers is not adequately addressed in the literature. This chapter provides a good contribution to the topic. In the sixth chapter, Diamond and Kotov provide a literature review and discussion of the topic of mother’s representational world from the perspectives of attachment theory and psychoanalytic theory. For the reader who is interested in theory, this is an excellent chapter.

The next three chapters continue the discussion of what is normative and universal, drawing on clinical examples and theory. In a chapter entitled “The Capacity to Cure: Inevitable Failure, Guilt, and Symptoms,” Turrini furthers the discussion of the capacity for caring that was begun in the chapter on maternal lines of development by Turrini and Mendell. In this chapter, she describes the origins in the first year of life of the belief in mother’s invincible capacity to cure. This belief is modified over time, however, it remains a substrate of mother’s internal world. All mothers will fail to meet their grandiose expectations, and therefore, this is an inevitable source of pain. As in chapter two, Turrini tells us that knowledge of this dynamic can be helpful. Ruth Lax discusses another example of a normative fantasy: the “fantasy child.” Lax notes a woman is a mother forever, regardless of the age of her child, and that her relationship with her child is always affected by her reconciliation between her fantasy child and the child in reality. In chapter nine, Mendell explores what she states are three typical maternal fantasies: the one-body fantasy, the cornucopia fantasy, and the fantasy of parthenogenesis. She believes these fantasies begin in the omnipotent-perfective fantasy of infancy and persist and evolve throughout life, and are a part of normative maternal experience.

The next two chapters present “special” rather than normative circumstances. In the tenth chapter, Ricardo Ainslie discusses mothering of twins. Kerstin Kupfermann presents the treatments of four women who came to treatment contemplating adoption, and continued though the adoptions and afterwards as adoptive mothers.

In the twelfth chapter, Joyce Edward discusses the very complicated topic of mother’s hatred. She notes, “Maternal hatred, whether conscious or unconscious, whether controlled, inhibited or expressed, is at the least troubling and at the worst repugnant to both mothers and society at large. When mothers hate, they are experienced as ‘bad mothers’ by themselves and by their offspring (p. 246).”

Yet, in citing Winnicott, she also notes mothers’ “ambivalence is both inevitable and natural, and according to him, useful” (p. 246). It is Edward’s thesis that, for healthy mothers with healthy children, in the context of emotional support and favorable environment, hatred furthers mothers’ ongoing development. It is an interesting discussion.

The next two chapters focus on pathology. “The Inner World of the ‘Bad’ Mother,” begins with Oliner stating: “Women who imagine themselves to be bad mothers are plagued by thoughts about the negative impact they have on their children. …They have fantasies of being bad for their children and fear harming them; they frequently inhibit their own judgment with regard to child rearing in order to defer to the judgment of someone else…In this way, they deny themselves the right to their own opinions and absolve themselves from having to judge the validity of their persistent self-accusations (p. 261).”

These mothers may be abusive, or more commonly, due to feelings of guilt, they may be overindulgent or inconsistent. Oliner’s clinical vignettes, literature review and discussion are very good. In “Conscious Wishes of Infanticide,” Weinstein notes, “infanticidal wishes may be universal in mothers and mothers-to-be” (p. 286), although such wishes are typically regarded with horror and strongly defended against. Weinstein presents two patients who came to treatment due to conscious wishes of infanticide. Her discussion of the literature and of her patients is also very good.

The ‘Good-Enough’ Environment for ‘Good Enough’ Mothering” by Teresa Bernardez is an essential chapter for this book. This chapter addresses the question of what is needed so that women can become good enough mothers; and, as is suggested by the chapter’s title, Bernardez is very clear that what is needed is a good enough environment. She begins the chapter stating, “Good-enough mothering is a complex and creative endeavor full of paradoxes, that requires a supportive environment, freedom of the self, amplitude of choice, absence of misogyny and creative and differentiated personalities in women” (p. 299). Bernardez’s premise is that mothers have very real needs to be met if they are going to be good enough mothers and that there is very little in the literature making explicit what is needed in their environment. Bernardez’s review of the literature and discussion is excellent, and makes an important contribution to this under attended to topic.

In the final chapter of the book, “Recent Research and Future Directions,” Mendell and Turrini discuss six recent studies, which they feel have extended our knowledge in this field; but they note, “psychoanalytically informed research on the impact made on mother by the work of mothering is still relatively sparse” (p. 321). The chapter, and thus the book, ends with recommendations for future research.

In summary, this very fine book addresses a too long neglected topic: What is the inner world of the mother? The contributors are well informed and the chapters are well written. Clinical examples and theoretical discussions are, for the most part, all very good. Over and over again I found myself reading something adding to my understanding of my patients and enriching my work. This book makes an important and long overdue contribution to our literature, and is highly recommended reading.

Barbara Zimmerman-Slovak is a psychologist in private practice in Wynnewood, Pennsylvania, and a psychoanalytic candidate at the Psychoanalytic Center of Philadelphia. 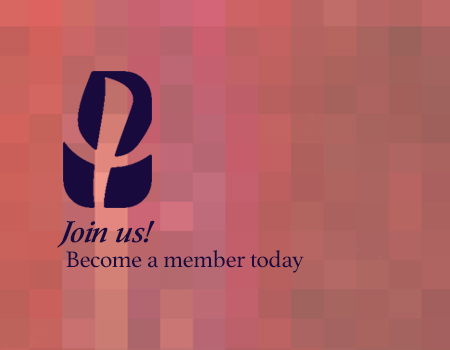