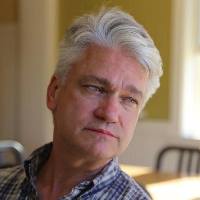 From Practice Corner Editor Terry Patterson: Andrew Benjamin, PhD, has graciously accepted my offer as guest editor of this column. Andy is an affiliate professor of law and clinical professor of psychology at the University of Washington. He is a prolific author and presenter. He also has conducted scores of custody evaluations without any licensing board complaints while using a protocol he developed. In 2018, a second edition of his book about the protocol was published by APA. He addresses how to conduct couple or family therapy and not become involved in custody litigation.

A mother would like to engage in therapy with the father of their child, though they never have been married. You did not ignore the possibility that a problematic custody relationship might exist and it could lead to a request for records or testimony. You did obtain the last custody order and determined that the mother and father had joint health care decision-making authority. You asked the mother to invite the father to join in the first session of psychotherapy and copy you on the email. The father raised the concern that by becoming a part of the psychotherapy, the mother would focus on him rather than on her own issues. He thought that the mother and son had a good relationship but it would become much better if he stayed out of it, and the psychotherapy focused on the mother/child relationship.

You then asked both of them to stipulate that no information disclosed during the psychotherapy with the mother and son is later released unless one of the mandatory reporting duties required release of information. Such a stipulation serves to preclude psychologists from having to disclose records or provide testimony in later legal actions (Benjamin & Liang, 2008b). The practice agreement and the stipulation were sent by email for both parents to review before meeting with the mother and the son. Both the mother and father signed the practice agreement and stipulation.

During the third hour of treatment, the boy, a six-year-old, disclosed in front of his mother and you that his father’s breath smelled of beer when he was picked-up from school by the dad during the last weekend. You processed the boy’s disclosure by using invitational questions (“Please say more about what happened when…”), cued invitational questions (“You said that you were scared, please say more about…”) and cued recall prompts (“When did your father smell like beer?”) to elicit more information to determine whether a Children Protective Services report was required. The form of these questions prevented the son from being influenced by suggestions or leading questions (Lamb, Orbach, Hershkowitz, Esplin & Horowitz, 2007). All of the boy’s answers did not suggest that the father was intoxicated or driving in a manner that scared the boy.

After the session, while the child played within the treatment room, you asked the mother if she knew whether the father drove while intoxicated in the past. She knew of no such history. Nevertheless, she asked whether you would contact Child Protective Services.  You explained that you would not because the boy’s concern did not raise to reasonable suspicion of child abuse or neglect. You also recorded his and her responses in your electronic record that meets your state’s or province’s standards under the law (Benjamin, Luini & Younggren, 2013; electronic record templates that are state specific are free to all psychologists).

The mother’s attorney called soon thereafter. On the voicemail message, the lawyer stated that you are mandated to report possible abuse or neglect should any reason exist to believe that the father’s driving placed the child in physical danger. In response, you send an email to the mother and father only (so that the privilege created by the stipulation could not be considered waived) to alert both parents about what happened. You urge them to support the family psychotherapy and avoid further strain on the family by the lawyer’s attempt to violate the stipulation. You indicate that if the mother’s lawyer still insisted that you provide records or testimony, you will forward the stipulation to the parents, and the clerk of the judge the parents had last appeared before. You also indicate that you would submit a separate declaration that would declare upon the basis of the stipulation you will not talk with the lawyer, release records or provide testimony, even if the lawyer sends a subpoena to testify (Benjamin & Liang, 2008a). Unless a court order is issued, you will not need to testify nor will you be held in contempt for failing to respond to the subpoena because of your sending the stipulation and declaration to the clerk and the parents (you know to never contact any judge directly to avoid an accusation that you were attempting ex parte contact).

A subsequent frank discussion with the mother would address her concern about the father’s relationship with their child. You would note that her lawyer was attempting to shift you from a treating role within the case to a forensic role. Lawyers in family law often blur the lines of therapeutic relationships by using psychologist’s records and subsequent testimony. The release of the records or testimony is likely to not only rupture the psychotherapeutic alliance for at least one of the parties involved in the case, but it also may lead to a licensing board complaint from the father.

Violations of the state and provincial laws and APA Code of Conduct regarding multiple relationships (APA Ethical Principles of Psychologists and Code of Conduct, 2017, Standard 3.05) continue to occur as some psychologists struggle with how to be helpful to their clients when pressed by family law lawyers to testify for any number of reasons. Couple and family psychologists can hold to the role in which they agreed to serve in by clarifying the boundaries of the role from the beginning of the treating relationship. Whenever lawyers are likely to become involved with the couple or family that you treat, protect yourself by only acting under the terms of the stipulation and staying within one role throughout the case.

Careful, in-depth discussions regarding the need to erect prohibitions against psychologists becoming involved in any court proceeding assures that no client, the domestic partner or a family member will attempt to soil the psychotherapeutic alliance. The surest way to remain faithful (APA, 2017, Principle B: Fidelity and Responsibility) to your clients is by upholding their confidentiality (APA, 2017, Standards 4.01: Maintaining Confidentiality), while adhering to the requirements of the law (APA, 2017, Standard 1.02 Conflict between Ethics and Law, Regulations, or other Governing Legal Authority). All the while you will be avoiding harm (APA, 2017, Principle A: Nonmaleficence and Standard 3.04 Avoiding Harm), and remaining true to the principle of beneficence (APA, 2017, Principle A).

Benjamin, G.A.H. & Liang, T. (2008b). Use of a Stipulation: How to Avoid Being Accused of Involvement in a Multiple Relationships. Independent Practitioner. American Psychological Association, Fall.