Statement of Support for APA Leadership From the Div. 44 Executive Committee

Since the release of the Independent Review (IR) in July 2015, Div. 44 (Society for the Psychology of Sexual Orientation and Gender Diversity) has carefully followed developments within APA and among its governance and consultative boards and committees. In August 2015, the Div. 44 Executive Board pledged to assist in working toward reestablishing trust in and a strong ethical foundation for the field and also commended the APA Council of Representatives for taking “important first steps” to address issues emerging from the IR. As it stated then, “the Div. 44 Executive Committee believes that actions must be undertaken to increase transparency and member participation, and that safeguards and an effective system of checks and balances must be established so that events similar to those outlined in the [IR] cannot occur again.”

Now, a year later, Div. 44 expresses its appreciation to APA’s governing Council of Representatives and Board of Directors for their leadership in developing association responses to many of the issues raised by the IR. Div. 44 is heartened that actions have been initiated to develop and systematize internal checks and balances; reform practices so as to increase transparency and participation; and establish procedures to be able to identify and address potential conflicts of interest in deliberations and decision-making. Div. 44 also is encouraged by the actions that have been taken and are in progress toward clarifying APA values and prioritizing ethics and human rights in the association’s mission and strategic plan. Div. 44 does not want the substantial progress that has been made to be undone or for critics to divert the association off its course of reform. Div. 44 understands that change can be difficult and will take time, especially in an organization as large and complex as APA. Thus, Div. 44 expresses its support for the APA Council of Representatives and Board of Directors as they continue to lead the association and reiterates its pledge to assist in working toward a brighter future for psychology and APA. 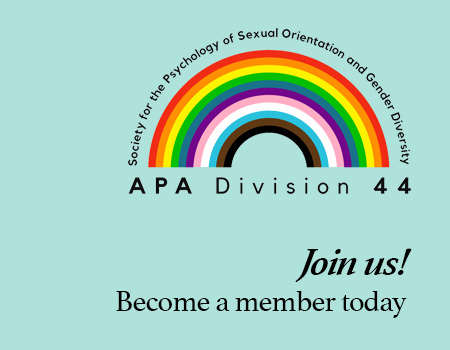