The void inside: Bringing purging disorder to light. 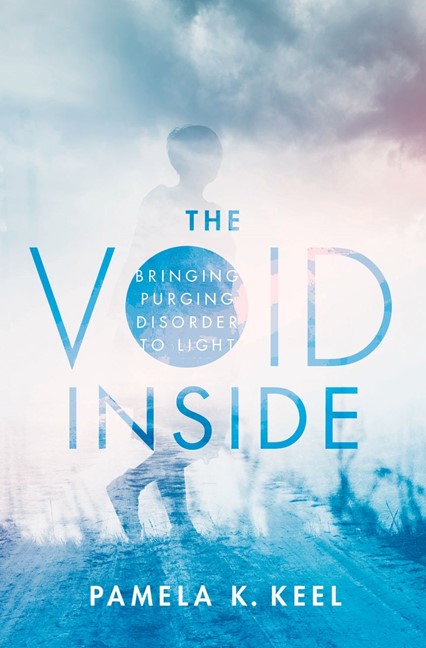 The book is divided into three sections. The first section introduces the construct of purging disorder, differentiates it from other eating disorders, and discusses the author’s professional path towards researching and treating the disorder. The author does a nice job of laying out the process and pros and cons of classifying a “new” eating disorder in the DSM in a way that is understandable and accessible to non-professionals. Purging disorder itself is well-defined and differentiated here as well, and the author does a good job of clearly illustrating binging versus non-binging eating behavior.

The second section addresses the potential causes of purging disorder, including physiological, genetic, psychological, and sociocultural factors that may lead to purging behavior. I particularly appreciated the author’s in-depth discussion of cross-cultural manifestations of purging disorder and the issues that have led both men and non-white individuals to be frequently under-represented and excluded in eating disorder research. It was refreshing to see a cultural conceptualization of eating disorders that went beyond the typical White, Western cultural framework through which eating disorders are often exclusively viewed and treated.

The third section of the book addresses the potential health effects of purging disorder and treatments for the disorder. The section on medical effects was particularly well done and medical terminology was clearly defined and explained. I appreciated the use of a case study in a hypothetical adolescent client to illustrate three potentially promising psychotherapeutic treatments for purging disorder: enhanced cognitive-behavior therapy (CBT), family-based therapy (FBT), and integrated cognitive affective therapy (ICAT).  I would have appreciated an example of a client for whom FBT was effective (as it was not in this hypothetical case), especially given the treatment’s notable success in treating other eating disorders in adolescents (Locke & le Grange, 2005). A similar case study with an adult client would have also been helpful.

Overall, The Void Inside provides an accessible, approachable, and comprehensive introduction to purging disorder and its treatment. Although the author does provide some references at the end of the book, I would have appreciated reference lists at the end of each chapter so I could more easily cross-reference the cited studies. However, this is unlikely to be a notable issue for clients and their family members, who may find validation, hope, and a vital impetus to seek help within this book.