Book review: The tough standard: The hard truths about masculinity and violence 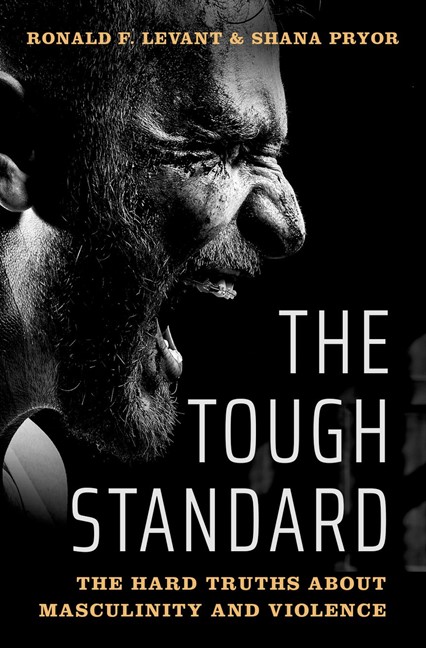 The Tough Standard is an ambitious work in which Levant and Pryor summarize decades of research on links between the worst aspects of traditional gendering of males and its most toxic byproduct, intentional harm of others. The authors discuss the problem of men’s violence in terms of masculine social expectations combined with other risk factors such as childhood trauma. In the process the reader will review the topic of masculinity and explore its connections with specific attention to gun violence and sexual assault. The authors consider the intersectionality of masculinities with other forms of identity and social positionality such as race, gender identity, sexual orientation, ethnicity, and socioeconomic class (especially in chapter eight).

In the early chapters, the authors focus on the measurement and conceptualization of various features related to masculinity providing a thorough grounding in the technical aspects of conducting investigations into violent propensities within men. The first three chapters provide an advanced textbook on masculinity theory, research, and psychometry before the authors turn more specifically to the findings on gender and violence.

Chapter four describes how adherence to traditional masculine ideology not only is linked to the probability of violence, but also puts men at risk for a wide variety of other negative outcomes, including depression, suicide, and substance abuse. Chapters five and six sharpen the focus of this research to gun violence and sexual assault, respectively, and then the book shifts to an examination of the associated problems in men’s physical and mental health.

Levant and Pryor address solutions to the prevention of men’s violence in the final chapter, in which they urge that we make progress in the redefinition of masculinity.

Works on this topic often meet with criticism from social conservatives who believe that the authors are saying that masculinity is bad and also suggesting that the positive aspects of traditional gender roles should be dismantled. These are false claims. The authors display a great deal of empathy for all men and offer many solutions to men’s pain. Rather than tearing down masculinity, they are offering a model that expands it into areas historically proscribed for men, allowing men to express themselves as fully human and thus access useful resources with which to manage their lives.

Levant’s and Pryor’s approach is to place a strong emphasis on psychological processes, which is both a strength and a limitation of this work. On the positive side, it provides detailed roadmaps into individual and group processes of continuity and change. But I would like to have seen more emphasis on the social/structural conditions that underlie both conceptions of gender and the probabilities of violent behavior, such as economic inequality, international conflict, and the underrepresentation of marginalized groups in legislative and corporate bodies. I would also like to have seen more about effective responses to men’s violence that reduce the probability of reoffending. That response is especially critical for sexual assault since a large majority of men who inflict it are serial offenders and thus are likely to hurt more victims.

Overall, this work, more than a book about men and violence, is also a thorough examination of the theory and measurement of masculinities and the byproducts of the negative side of traditional gender roles, not only on those whom some men harm, but on men themselves.