Section I: Running Psychologists was organized formally in 1978 by Ray Fowler. As a recent convert to the discipline of running, Ray was eager to share his running experience with like-minded colleagues at the annual convention of the APA. Ray organized morning fun jogs with all who wished to participate, and many did. The future APA CEO did not resist the lure of organizing his running colleagues into a formal group. The organization that evolved set out its purpose as follows:

“…to bring together those psychologists who are interested in running, jogging and similar forms of aerobic activity, and thus to encourage and advance teaching, research and service in these areas, through workshops, convention programs, bulletins, newsletters and similar methods. The Running Psychologists is organized to promote well-being and physical fitness among psychologists and in the community at large by calling special attention to the benefits of running and similar aerobic activities.”

Since that first event in 1978, Running Psychologists also has organized and conducted a race/walk (usually the 5K distance) at every annual convention of the American Psychological Association. The races are conducted in a professional manner, usually a certified course, complete with awards and postrace refreshments.

The vision of the organization reflects its active members, and new participants are always encouraged to join in with the planning and activities. An annual business meeting occurs each year at the APA convention, generally scheduled at 8:00 on the morning preceding the race.

For further information about Running Psychologists, please feel comfortable in contacting the officer listed below. 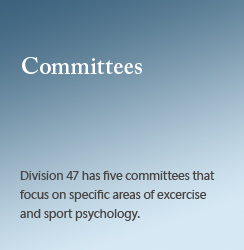