The group therapist: Parallels of group work and Olympic competition

The parallels between group work and Olympic competition is clear, especially for of us who work in college environments, where our day-to-day clients share many demographics with Olympic athletes, not the least of which is age, if not necessarily athletic prowess.
By Tevya Zukor, PhD Date created: March 9, 2022 3 min read
Cite this
Zukor, T. (2022, March 9). The group therapist: Parallels of group work and Olympic competition. https://www.apadivisions.org/division-49/news-events/group-work-olympics 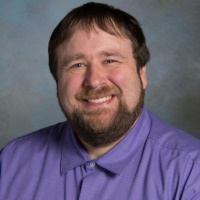 It’s an even-numbered year, which means that once again the sports world; and many who never follow sports; take a temporary pause as eyes turn to the Olympic Games. This year, the Winter Olympics were held in Beijing, China, where thousands of athletes competed for their 91 represented countries to see which nations would emerge triumphant in contests of winter sports competitions.

I remember growing up as a child and fondly watching the Olympics, both summer and winter, every two years. It is a tradition I look forward to witnessing–the competitive rivalries between countries and the athletes that proudly represent their nations to bring recognition and glory to their particular part of the world. As a more naïve innocent when I was younger, I used to be attracted to the idea that the Olympics were the time of year to put the serious, and often deadly, geo-political realities aside for just two weeks as the world comes together to celebrate competition, performance, and to acknowledge the training and sacrifices that athletes make in order to represent their country to the absolute best of their abilities.

As an adult, I still greatly enjoy the Olympics; but am more acutely aware that politics never truly get set aside and the world does not actually pause. The strife and struggle of people remain ever-present; even when the focus is on elite sports competition and celebrating the accomplishments of world-class athletes.

The parallels between group work and Olympic competition is clear, especially for of us who work in college environments, where our day-to-day clients share many demographics with Olympic athletes–not the least of which is age, if not necessarily athletic prowess. Maybe it is why I have always been drawn to the team events–curling, bobsled, hockey, etc. These are all great exemplars of small group dynamics that influence overall performance. Watching teammates interact and communicate with each other often offers a window into the functioning of the team-as-a-whole. In the curling events, it was often noticeable that the teams who communicated the most tended to perform the best. When there was visible tension between teammates, the performance on the ice sheet often deteriorated. The hockey teams that performed the best were the teams that were formed the longest. The teams with the most practice together performed better than the teams who came together primarily just for the Olympics, even when some of the newly-formed teams had members with significant individual accomplishments.

Despite my love for the Olympics, I have found the Beijing 2022 version to feel a bit disappointing and hollow. The host nation is notorious for oppression and human rights violations. The lack of fans in attendance give the games an empty feeling; more akin to a practice setting than the largest world stage to demonstrate a lifetime of commitment to sport. There is a distance, both literal and physical, between those participating in the events and the broadcasters that are reporting on them.

I have realized that this, too, is part of the common group experience. Not all groups are the same. While every group has its own lifeblood and animating force, some groups are more disappointing than others. Sometimes the group lacks cohesion for the entirety of the process or the members never seem to come together to achieve the common goal. Sometimes a group has potential but cannot seem to escape the stifling factors of the host environment. As has been the case with the most recent Olympic Games, sometimes groups get caught up in politics, division, and differences that detract from the overall experience.

However, just as some groups can be disappointing, even when they are still meaningful and memorable, that temporary disappointment does not poison the overall experience. While I am left feeling unsatisfied, for the first time in my life, with the most recent Winter Olympics, I am excited for the promise and possibilities of the next Summer Games in Paris. As a clinician who has spent more than 20 years dedicated to group psychotherapy, the appeal and promise of the “next” group always outweighs the temporary disappointment in the moment when a particular group struggles.