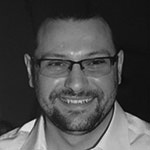 2018 marks my first year as the Training Director at UNF Counseling Center. During the onboarding process for doctoral internship, one of the interns made an offhand comment about her commitment to giving me respect. I smiled back and the conversation moved on to another topic. To be honest, I had no idea what she was trying to communicate to me. Respect is one of those concepts that remains elusive to me. I looked up the definition numerous times during my lifetime. I googled examples of “giving respect,” of “asking for respect” and of “demanding respect.” There is saying by Roman playwright Publius Afer, “I am human, and I think nothing human is alien to me.” Yet, this concept that I see other humans use remains to be an enigma to me. I’m confused.

If you were to look up the definition, the first explanation is that respect means a “feeling of deep admiration for someone or something elicited by their abilities, qualities, or achievements.” Cambridge Dictionary provides very similar description. Merriam-Webster dictionary defines it as “to consider worthy of high regard.” After just typing the above definitions, I reread it and continue remain confused. Did my intern tell me that she is promising a feeling of deep admiration towards me? How can one promise to feel something? Did she promise to consider me being worthy of high regard during the internship year? If anything, according to this definition, she was saying to me that during her internship year, she will treat me (not consider) as if I am worthy of high regard. I’m confused.

I am left with questions of what it means when a person in authority or leadership demands or expects respect. Do we expect respect as group facilitators? As psychologists? Board members? Directors? What if a commander-in-chief demands to be treated with respect? What does it mean that other countries have been disrespectful to the United States? Perhaps this concept will remain elusive to my understanding.