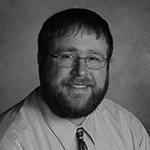 As a psychologist who has spent most of his career in collegiate mental health, I am always looking for ways to enhance the understanding that students have regarding the value of mental health treatment. Regardless of the presenting issues and ultimate diagnosis one might obtain, a common developmental theme for young adults is the exploration of their identity: Who do they want to be, and how can they better connect with others?

As clinicians, we generally frame many common mental health concerns in such a context. While the specific causes and solutions for the problems of our clients are as varied as they are, certain themes tend to hang together. After all, at the root of most anxiety is the fear of negative judgment from self or others. Depression is often centered on the idea that others will perceive us as a failure or somehow we will be deemed unworthy of love and support from people we care about.

Social engagement and connection alone may not always solve a client’s issues, but we know that it is usually necessary, even when not sufficient, to affect positive change. While psychology as an independent field of study is still “relatively” new, just an embryotic 140 years, the attempts to better understand the human condition and our place in the world is literally as old as humanity itself. As such, it has always been somewhat surprising that there is not more emphasis on the transformative power of helping people to better understand themselves and others, ideally in the context of directly interacting with other people.

The advent of group psychotherapy, at least as it was founded in the United States, dates back only to the 1930s.This means that process groups, at best, have been around in America for less than 90 years. At the same time, process groups have been around for almost 90 years, far longer than many of us will be alive. In what represents the true dialectic, group therapy is both young and old. Given this advanced age, it is surprising just how difficult it can be to convince clients that their best treatment modality is often a group. While groups offer the exact environment that best replicates day-to-day living in a social context, the “sell” is often far more challenging.

As someone who has been practicing in the field for nearly 20 years and has spent much of that time mentoring and supervising trainees, I am certain this disconnect has nothing to do with the skills and talents of clinicians. If anything, I have seen the capabilities of new professionals in mental health continue to rise through the years. I long ago had to come to terms with the idea that the “best” supervisor is not necessarily the one with the most clinical skill in the room but instead is the one who can best convey the accumulated knowledge of the field to those who have the capability to advance that knowledge to even greater heights.

It seems clear that the disconnect between clients better understanding the critical link between most mental health challenges and the need to find support and acceptance from others in a social context may not fall directly on the clinician. Instead, it may be time to start seeking solutions to this conundrum by thinking outside the box. The solution may not involve doubling-down on the concepts of psychology, but instead may arise by borrowing from other fields of study.

So, it is without further ado and with much respect to the late, great Jonathan Swift that I make my own “modest proposal” for promoting group therapy. No, I am not suggesting that we feed our clients to the wealthy Irish. That probably won’t work and has some potential ethical pitfalls. Instead, I propose that we seek answers to our questions from our friends in the field of marketing.

Maybe the difficulty is not in what we are saying, but rather how we are saying it. In marketing, when a company wants to move a product, they often first try to create a catchy jingle by pairing the right message with an infectious tune. You can literally sell almost anything to a ravenous audience. Don’t believe me? Just think back to the last time you were jonesing for an Oscar Meyer wiener or a five dollar footlong sub — the music is probably already starting to play in your brain. The thought of it all is making me crave the “plop, plop, fizz, fizz” of an Alka Seltzer.

So, what should be the soundtrack for group therapy? I’m so glad you asked. This past February, the world navigated through another Valentine’s Day. While I assume many people spent time thinking about their significant other (or lack thereof), my thoughts turned more ethereal, and I again found myself contemplating the existential loneliness of finite existence and the importance of finding connection in the microscopic sliver of time that we have in any individual life.

As I was lost deep in thought, I had the television on in the background. In a moment of serendipity that rarely occurs in an infinitely complex universe, my contemplations coalesced around a song that “appeared” just moments later the television screen. It summed up everything I had been wrestling with for so long. In that moment, I realized that making my way in the world today takes everything I that I’ve got. Taking a break from all my worries sure would help a lot.

Eureka! I found it. I’m aware that in The Hitchhiker’s Guide to the Galaxy, Douglas Adams has already posited that 42 is the answer to life, the universe and everything. It may be my contrarian side, but I beg to differ. The answer to my questions about promoting the values of connection, understanding and the alleviation of mental distress turns out to be the theme from Cheers.

It is the perfect analogy for the restorative power of group. It is everything I want my clients to know about group when they ask me why I think group can be important. I may not be a bartender, and I don’t sling drinks, at least not while in group, but I do encourage my clients to belly up to the bar, say hi to their colleagues and know that they will find their sense of commonality and belonging with other people who at their core share the exact same goal. At the end of the day, maybe all we really want to do is go where people know our troubles are all the same. Maybe we all just want to go where everybody knows our name.