The only way to decrease mental illness prevalence rates is to focus on prevention efforts in order to hinder the onset of illnesses.
Cite this
Ingram, S. (2019, July). Prevention corner: Prevention as the primary focus to decrease substance abuse. The Group Psychologist. http://www.apadivisions.org/division-49/publications/newsletter/group-psychologist/2019/07/prevention 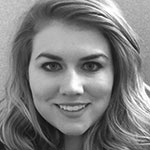 According to a report by the Substance Abuse and Mental Health Services Administration (SAMHSA, 2014), spending on all mental health and substance use treatment in the United States surpassed other public health spending in 2009, and by 2014, all mental health spending in the U.S. totaled around $220 billion. Despite these increases in spending, recent budgets have proposed drastic cuts for mental health funding (U.S. Department of Health & Human Services [HHS], 2017). In addition to the issue of insufficient funds allotted for mental health, there also seems to be an issue of misallocated funds.

In the US, funding for mental healthcare is put primarily toward treatment efforts (HHS, 2017; Kliff, 2012). Although this may seem reasonable, since mental illnesses typically require treatment in the form of medication and/or therapeutic interventions in order for individuals to recover and recent epidemics such as the opioid crisis greatly increase the need for treatment, focusing mainly on treatment makes it nearly impossible to decrease the prevalence of mental illnesses. The only way to decrease mental illness prevalence rates is to focus on prevention efforts in order to hinder the onset of illnesses rather than waiting for illnesses to require treatment. This is supported by findings from a recent study in the United States, Canada, Australia and England that concluded that increases in treatment efforts were largely ineffective in reducing prevalence rates of mental illnesses and that also hypothesized that emphasis on treatment without equal or near equal emphasis on prevention could be hampering efforts to reduce prevalence rates (Jorm, Patten, Brugha, & Mojtabai (2017). Despite these findings, the budget for prevention for SAMHSA, specifically substance use prevention, has shown greater reductions in recent years than that for substance use treatment (HHS, 2017).

Although not all mental illnesses are as susceptible to prevention efforts as others, research has shown that implementing effective prevention programs in schools and for families during childhood and adolescence decreases the likelihood that substance abuse will occur since these programs target the negative social factors that generally push children and teens to use substances (Griffin & Botvin, 2010). And if less children and teens begin using substances, less are likely to abuse substances during their lifetime, leading to a decrease in the need for substance use treatment (Griffin & Botvin, 2010).

Therefore, it seems that implementing a more prevention-focused mindset, or at the very least an evenly split mindset toward prevention and treatment, to mental healthcare would be a better use of funding since it would be more likely to lead to reductions in prevalence rates. And the best allocation of funds possible is necessary now more than ever since the budget for mental healthcare has seen drastic decreases in recent years.