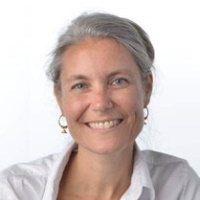 I am excited to share that there are great things brewing within the American Psychological Association, including the new Equity, Diversity, and Inclusion (EDI) Framework that was just shared with the Council of Representatives on May 7. Maysa Akbar, PhD, the new chief diversity officer of APA has been working diligently to move this forward as a “foundational tool that should be meaningfully infused into all aspects of what we do and how we make decisions” [email from J. Kelly].

Other things afloat are the APA Resolution on Harnessing Psychology to Combat Racism: Adopting a Uniform Definition and Understanding and the Competencies in the Standards of Accreditation for Master's Programs in Health Service Psychology, which you will see briefly touched upon below and will be reference again in an upcoming newsletter. As always, please do not hesitate to reach out to me with questions or comments about any of the issues discussed during Council meetings.

During its two-day meeting in February, APA’s Council of Representatives passed resolutions opposing efforts to change people’s gender identity, condemning racism in all forms and reaffirming the association’s commitment to working to protect human rights, among other actions.

The Council also took a key step toward extending its highly respected accreditation beyond doctoral, internship and postdoctoral residency psychology programs to include master’s-level programs in health service psychology.

The Council also “The APA Council of Representatives moved APA and psychology forward on big issues where psychology can have a real impact, said APA President Jennifer F. Kelly, PhD. “The Council reiterated APA’s longstanding, scientifically-based stance against unacceptable and damaging intolerance directed at people because of their gender, race or sexual orientation.”

On February 26, the Council voted 135-36, with two abstentions, to approve standards for accrediting master’s-level programs in health service psychology. This was the culmination of several years of study and public comment. Health service psychology includes clinical, counseling and school psychology programs, and combinations of these areas, plus specialty-practice internship and residency programs.

The next step in this process is for the Commission on Accreditation to develop procedures and regulations that will be required for a program to obtain APA accreditation. These will be subject to public comment and will define the competencies that are part of master’s level education.

Also that day, the Council adopted a resolution opposing coercive efforts to change people’s gender identity, citing research showing that such actions may be psychologically harmful. The measure, which passed by a vote of 164-3, with five abstentions, aligns with the association’s stance against similar efforts aimed at changing people’s sexual orientation, also based on scientific knowledge. The Resolution on Gender Identity Change Efforts emphasizes that “individuals who have experienced pressure or coercion to conform to their sex assigned at birth or therapy that was biased toward conformity to one’s assigned sex at birth have reported harm resulting from these experiences, such as emotional distress, loss of relationships, and low self-worth.” The Council also adopted, by a vote of 165-3, with 3 abstentions, an updated Resolution on Sexual Orientation Change Efforts, which reiterates APA’s opposition to using nonscientific explanations to frame same-gender and multiple-gender orientations as unhealthy. APA adopted its first resolution discouraging efforts to change people’s sexual orientation in 1997 and a second in 2009, when it also issued a task force report with a systematic review of research on the topic.

On February 27, the Council overwhelmingly approved a resolution reaffirming APA’s denunciation of racism in all forms and pledging to undertake an analysis of psychology’s history “with the goal of understanding the harms that diverse racial groups have experienced and the actions necessary to create a more equitable, diverse, and inclusive association, discipline, and society going forward.”

The resolution, passed by a vote of 168-1, builds on a body of guidelines and other resolutions adopted by the association over the past two decades acknowledging and denouncing the societal damage caused by racism.

“APA reaffirms its denunciation of racism in all forms for its destructive psychological, social, educational, and economic effects on human rights and human welfare throughout the lifespan,” the resolution says. “… APA will call upon all psychologists to eliminate processes and procedures that perpetuate racial injustice in research, practice, education, and training; speak out against racism; take proactive steps to prevent the occurrence of intolerant or racists acts; and promote effective strategies based on psychological research to alleviate racial injustice.”

Kelly called the resolution “one more important step aimed at moving the field of psychology forward to help mitigate racism. Key foundational components of the resolution include establishing a definition of racism for psychology and acknowledging the need for the discipline to come to terms with its own history of promulgating—or not challenging—racial bias in research, education and clinical practice. The resolution—which was developed with input from representatives of many ethnically diverse communities and other interested groups—will provide the foundation and guidance for APA, psychology and psychologists to help eliminate racism at all levels, ranging from individuals to systems.”

The resolution acknowledges that to eradicate racism, “we must understand what it is, how it operates, and who it benefits and harms, with the knowledge that many White people who do not personally harbor racial animus nonetheless benefit from racism.”

The Council also adopted a resolution affirming APA’s support for human rights, by a vote of 168-1, with two abstentions. The measure commits the association to adopt a human rights framework and integrate the association’s “longstanding concerns for human welfare, public interest, and social justice within a broader international consensus-building process.” This will provide “guidance and structure for organizational decision-making, including accountability, on issues related to societal good.” Adoption of the resolution fulfills a commitment made by the Board of Directors in 2015 in the wake of the Independent Review into APA’s actions surrounding national security detainees during the George W. Bush administration. Through this resolution, APA pledges to prioritize human rights, including in such vital areas as education, research, ethics, practice, and advocacy.

In other actions, the Council adopted professional practice guidelines covering evidence-based practices in health care, by a vote of 167-4, with three abstentions. It rejected a New Business Item aimed at establishing a task force to research the merits of establishing the office of a psychological consultant to advise the federal government on mental health.

CLT’s Council Effectiveness Work Group (CEWG) presented recommendations and proposed action items on how Council can more effectively carry out its role to direct and inform APA policy.  Recommendations included: developing APA policies informed by psychological science and research and expertise of APA members; expanding opportunities for engagement and communications between APA entities including boards and committees; and ensuring diversity in the composition of all groups of Council working on each APA policy.

APA President Jennifer F. Kelly, PhD, honored two psychologists with Presidential Citations for their outstanding contributions and service to psychology. Chester D. Copemann, PhD, Council of Representative member representing  the Association of Virgin Island Psychologists (AVIP), was recognized for his many years of broad range work with children, adolescents, adults and families in the Virgin Islands, his efforts to organize and support the AVIP, and his efforts to keep AVIP connected to the American Psychological Association. CPT Carrie Kennedy, PhD, ABPP, was awarded a Presidential Citation for her service as a two-term representative to Council for the Society for Military Psychology and being a leader in the field of Military Psychology, first as a service member and second as a clinical psychologist.