Message from the new president

The president discusses the common thread in Div. 5: methodology.
Cite this
Quantitative and Qualitative Methods. (2021, October). Message from the new president. https://www.apadivisions.org/division-5/publications/score/2021/10/message-president 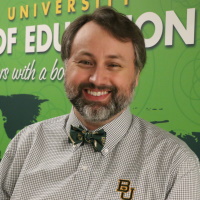 Div. 5 will complete its 73rd year during 2021–2022 (Robertson, 2009).1 As one of the charter divisions of the American Psychological Association’s (APA) 1940s reorganization, Div. 5 was originally to be named “Measurement and Statistics” and coexist with the Psychometric Society within the association (Benjamin, 1997). As is now well known, the Psychometric Society declined to become part of APA, and Div. 5 entered APA's divisional re-organization under the name “Evaluation and Measurement”.

Although the recorded history of the division during the first few decades is sparse, there appears to have been no major alteration to the division until the late 1980s. In 1987 members voted to add “Statistics” back to the name, thus changing the division name to “Evaluation, Measurement, and Statistics” (Davison, 1988). The same year, a group of psychologists led by James Butcher and John Exner brought a motion before the APA Council of Representatives to create a new division focused on assessment (Schoenfeldt, 1987). The reason for creating the division was the lack of attention and representation applied psychology gave to measurement principles and testing standards. The motion ultimately failed, but the impetus for creating such a division was well received by many Div. 5 members. This eventually led to a Div. 5 bylaws change that formed two membership sections: (a) assessment, and (b) evaluation, measurement, and statistics.

History began repeating itself again in 2007. This time a group of psychologists led by Ruthellen Josselson and Ken Gergen brought a motion before the Council of Representatives to form a new division focused on qualitative inquiry (Josselson, 2020). They were concerned about the lack of attention and representation mainstream psychology gave to qualitative approaches of investigating psychological phenomena. After a vigorous Council discussion, the motion ultimately failed. Some on the Council voted against it because they were adamantly opposed to qualitive investigations in psychology. Div. 5 representatives, however, voted against it for a different reason: A division focused on qualitative inquiry overlapped too much with Div. 5. Josselson (2020) recalled laughing at the idea, “How could qualitative inquiry be a section of Evaluation, Measurement and Statistics?—everything that we do NOT do?” (2).

Evidentially, it could. After 4 years of discussions between Society for Qualitative Inquiry in Psychology (SQIP) and Div. 5 leaders, Div. 5 members voted to change the bylaws to make SQIP an official division section. Two years later, Div. 5 officially changed its name to “Quantitative and Qualitative Methods”.

To psychologists not familiar with Div. 5’s history, the eclectic nature of the sections likely looks odd. Quantitative and qualitative programs of study are often siloed off from each other in psychology departments, if not located in completely different departments. Moreover, assessment is rarely a part of either, as it is the purview of applied psychology programs. Consequently, what is it that binds Div. 5 members together? My answer: methodology.

Method and methodology are related, but distinct—much like psyche and psychology (Valsiner, 2017). Method means a process to complete a task or a way of doing something. In the context of science, a method is a particular tool or technique we employ that guides our observations and what we learn from them. Methodology combines method with lógos, which means word or speech. Lógos and its derivations (e.g., -ology, -logue) have taken different connotations across history and geography. One sense of the term is discourse or reasoned discourse, as when persuading someone. Another sense is a body of knowledge, particularly concerning academic disciplines. Thus, a methodology is knowledge about, or a reasoned argument for, doing something a certain way. In the context of science, it is the set of epistemological and ontological stances we take as part of creating or selecting methods.

Methodology was of interest to many psychologists in the early history of the discipline, but this changed in the early 20th century (Toomela, 2007). Philosophical questions about our practices slowly became excised and replaced with a set of not-to-be-questioned philosophical commitments (e.g., empiricism, measurability, universalism). Subsequently, methodology in psychology became a metaphorical game of building better mousetraps: the never-ending quest of creating more reliable, valid, or useful techniques. Psychology is now rich in methods, but relatively poor in methodology.

Enter Div. 5. The eclectic interests the division's membership makes it well situated to return methodology to mainstream thinking in psychology. For example, there were some excellent methodology-focused presentations among the many extraordinary division program presentations at the 2021 APA (virtual) convention (e.g., Head & McMullen, 2021; Maraun, 2021). For this momentum to continue, as a division we must continue to not only look to innovate techniques, but also explicitly question and discuss the philosophical assumptions embedded how psychologists go about doing psychology (Toomela, 2010). In what follows are three particular areas where we might benefit from continued methodological work: