Introduction to the Bar-On Multifactor Measure of Performance (MMP): Structure, validation and applications 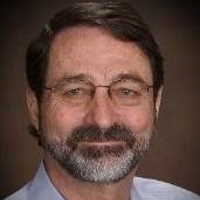 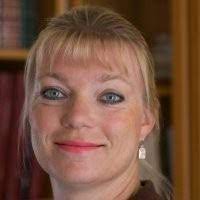 In search of “why some people perform better than others,” Bar-On (2016, p. 104) reviewed existing definitions of performance. He examined a wide array of possible contributors to human performance, culminating in his operational definition and conceptual model of this construct. The importance of performance and its pervasiveness throughout life make the scientific and accurate definition, assessment and enhancement of performance a meaningful and timely endeavor in the workplace and elsewhere today.

Bar-On (2018) reviewed existing approaches – e.g., performance appraisals, assessment centers, and existing measures – and found they are typically time-consuming, costly, and fall short of accurately understanding and improving the performance of the “whole person” as envisioned by him (2016). This indicated a critical need for a conceptual model and psychometric assessment, to comprehensively evaluate multiple key contributors to performance. Most employees and organizational managers are both aware of problems with performance evaluations, while accurate measurement of this concept has been elusive until now. The Bar-On Multifactor Measure of Performance (MMP) offers the first psychometrically validated measure of this construct (Bar-On & Fiedeldey-Van Dijk, in press).

All living organisms perform, in one way or another. For example, human beings perform to survive and succeed in life. In the workplace, this translates into high performing employees who are productive so that organizations can be effective and profitable. We describe the term performance, in general, as any action taken for the purpose of achieving some desired outcome or goal and to bring about a change for the better.

Bar-On’s model explains an individual’s current level of performance by the combined strengths and balance of physical, cognitive, personal, social, and inspirational factors that metaphorically function in a sphere. These five key factor categories comprise 18 Core Factors that significantly contribute to performance, as described below.

Individuals are expected to perform well when these factors function effectively. However, if significant challenges exist with one or more factors, the remaining factors compensate for this and support continued performance. Five Ring Factors metaphorically surround the Core Factors, and they indicate how performance is displayed at work, as described below.

A detailed description of the above core and ring factors are found on the authors’ website and elsewhere (Bar-On & Fiedeldey-Van Dijk, in press). The MMP assesses performance based on current behavior, rather than the potential to perform. By design and description, it does not assess personality or the disposition to behave in a certain manner (Cattell, 1946). Neither does it estimate the ability to perform based on IQ or cognitive intelligence (Wechsler, 1958). Additionally, it is not a test of emotional intelligence that is assessed by EQ (Bar-On, 1997), and it is also quite different from the MMPI-2’s clinical assessment.

Building upon previous MMP versions, we conceptually and empirically refined its structure as well as demonstrated its reliability and validity (Bar-On & Fiedeldey-Van Dijk, in press). Moreover, we used the Unified Validity Framework (UVF) proposed by Gregory (1992) and Messick (1995) to demonstrate its strength. It is anchored in six requirements, which are based on two basic criteria for validation as an integrated and evaluative process (Cronbach, 1982, 1988; Messick, 1989; Strauss & Smith, 2009):

The six complementary and pragmatic requirements serve as general validity criteria with associated standards to be considered in the context of their potential repercussions (AERA, APA, & NCME, 1999). The MMP was scrutinized using the UVF (Bar-On & Fiedeldey-Van Dijk, in press), which also reveal key characteristics and potential applications as described below.

The Bar-On Multifactor Measure of Performance (MMP) is designed for a wide range of workplace applications that cover various business functions and operational needs. It can be used for vocational counselling, recruitment and selection, job fit and placement, as well as for equity, diversity and inclusion (EDI). It supports several Human Resources outreach initiatives that recognizes employees as organizations’ greatest asset. These include workforce optimization, change management, targeted benchmarking, and succession planning. Regarding coaching and mentoring, the MMP supports employee improvement by generating reports for personal growth and group enhancement, 360-degree multi-rater feedback, and platforms for facilitated training and self-regulated learning.

Innovative and forward-thinking organizations will be able to demonstrate ROI with the MMP and use performance results in other strategic ways. Using the MMP’s powerful platform, the assessment can be administered repeatedly to monitor performance results and track progress following planned developmental interventions and organizational change.

We declare that there are no potential conflicts of interest regarding the funding, research, authorship and/or publication of this article.

The co-authors equally contributed to this article and are both accountable for its contents.

Cattell, R. B. (1946). The description and measurement of personality. New York, NY: World.