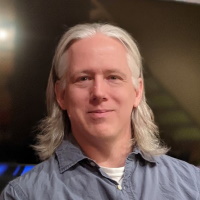 Peter Smith, PsyD, MSCP, is a licensed psychologist in Maryland. He was previously licensed as a medical psychologist in Louisiana. He was recently appointed as affiliate faculty through the University of Maryland Global Campus for the spring of 2021. Peter has also been affiliate faculty at multiple universities, including Loyola University in Maryland and Argosy University. His academic training has included earning a bachelor's degree in psychology from The George Washington University, a master's degree and Doctor of Psychology degree from The Chicago School, and a Master of Science degree in clinical psychopharmacology (MSCP) from Fairleigh Dickinson University. He also completed the Psychopharmacology Examination for Psychologists prior to being licensed in Louisiana.

He is recognized as a health service psychologist through the National Register of Health Service Psychologists. He is a public service psychologist, having spent the last 9 years working in a juvenile justice setting while also working in an emergency department providing crisis evaluations for the past 10 years. This builds upon his experience working in special education programs and public schools and working in a residential treatment center for adolescents. He has been active in supervision and training of graduate students with externs at many of his past employment settings, including his current site in juvenile justice.

Peter has been active in his state psychological association (Maryland) for many years beginning as a volunteer on the Early Career Psychologist Committee, and working on various committees, including, but not limited to, professional practice, legislative, and multiple task forces including a task force for prescriptive authority for psychologists (RxP). Elected positions within the Maryland Psychologist Association have included a representative-at-large and most recently as the representative from MPA to the APA Council of Representatives beginning in January of 2022. Within Div. 55 of the American Psychological Association, he served as treasurer from 2018–2019 prior to being elected as president-elect. As president of Div. 55, Peter is intent on advancing RxP legislative reach by supporting states pursuing RxP, along with expanding access within federal programs. 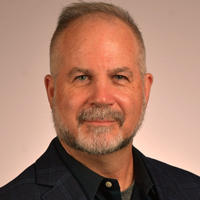 David Shearer, PhD, MSCP, ABMP, has been a clinical and prescribing psychologist for the Department of the Army at Madigan Army Medical Center (MAMC) in the state of Washington since 2009. He serves as a core faculty member and Director of Behavioral Sciences for the MAMC family medicine residency. Dr. Shearer is fully integrated into the family medicine clinics at MAMC as the primary psychopharmacological consultant and prescriber. In addition, he teaches a year-long psychopharmacology course to psychology doctoral interns as a faculty member of the Department of Behavioral Health at MAMC.

He is the recipient of the Major Eduardo Caraveo National Service Award for contributions to the advancement of prescribing psychology and the Distinguished Contribution to the Advancement of Pharmacotherapy at the State Level Award from the Society for Prescribing Psychology, Div. 55 of the American Psychological Association (APA). Dr. Shearer is the chair of the Washington State Psychological Association Prescribing Psychology Legislative Taskforce. He most recently served as member-at-large on the Div. 55 Board of Directors (2021), is now Div. 55 president-elect (2022), and is also editor-in-chief of the division’s official newsletter, The Tablet.
He is an associate editor of psychopharmacology for the open access, international, peer-reviewed journal npj Mental Health Research. Dr. Shearer teaches as an adjunct faculty member at Alliant International University and New Mexico State University in the psychopharmacology graduate programs. Dr. Shearer has appointments in the Department of Family Medicine as an assistant professor at the Uniformed University of Health Sciences and as a clinical instructor at the University of Washington. His research and professional interests include understanding and evaluating the combination of psychopharmacology and psychotherapy in the treatment of behavioral health disorders, prescribing psychology in primary care settings, teaching psychopharmacology to psychologists and allied health care providers, and the development of prescribing psychology in the military. He is the author of book chapters and professional articles on these topics and has presented at numerous national, regional, and state conferences. 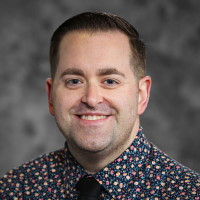 Regarding prior and current volunteer leadership service, Derek is a former member of the APA Council of Representatives (representing Div. 55, 2018–2019) and former member of the APAPO Committee for the Advancement of Professional Practice (CAPP, 2015–2016). He is currently president-elect of the Illinois Psychological Association (2021–present), chair-elect of the APA Board of Convention Affairs (2019–present), secretary of APA Division 42 (Independent Practice, 2019–present), treasurer of APA Division 44 (Sexual Orientation and Gender Diversity, 2021–present), member-at-large of the Illinois Association of Prescribing Psychologists Board of Directors (2020–present), and editorial board member of Experimental and Clinical Psychopharmacology (2020–present) and Practice Innovations (2021–present). Derek was a 2017 recipient of the Walter Katkovsky Scholarship for Psychopharmacology Training from the American Psychological Foundation and the 2020 recipient of the Patrick H. DeLeon Prize for Outstanding Contributions to the Advancement of Pharmacotherapy from the Society for Prescribing Psychology (APA Div. 55). He is the twenty-first, and first ECP, president of Div. 55!