Mark Krause is professor of psychology at Southern Oregon University. He received his bachelor’s and master’s degrees at Central Washington University, and his PhD at the University of Tennessee. He completed postdoctoral appointments in psychology at the University of Texas at Austin and in behavioral neuroscience at Oregon Health and Sciences University. His work encompasses a breadth of topics in comparative psychology, including communication in chimpanzees, the behavioral and brain basis of conditioned sexual behavior, and the role of learning in predatory behavior of snakes. Krause is a fellow of Division 6 and has served as Council Representative. He serves as the associate editor for the journal Animal Behavior and Cognition and consulting editor for Journal of Comparative Psychology. He is co-author of the general psychology textbook An Introduction to Psychological Science.

Michael J. Beran is associate professor of psychology and the associate director of the Language Research Center at Georgia State University. He received his BA in psychology from Oglethorpe University and his MA and PhD from Georgia State University. His research is conducted with human and nonhuman primates, including chimpanzees, bonobos, gorillas, orangutans, capuchin monkeys and rhesus monkeys. His research interests include perception, numerical cognition, metacognition, planning and prospective memory, self-control, decision making and language acquisition. Beran is a fellow of Divs. 3 and 6. He also has served as the president of the Southern Society for Philosophy and Psychology and the Southeastern Psychological Association and on the Executive Councils of Divs. 3 and 6 of APA and of the Southeastern Psychological Association. He serves on numerous editorial boards including Journal of Comparative Psychology and Journal of Experimental Psychology: Animal Learning and Cognition, and he is co-editor of Animal Behavior and Cognition. His research has been funded by the National Institute of Child Health and Human Development and the National Science Foundation. He is co-editor of the book Foundations of Metacognition (2012) and author of the book Self-Control in Animals and People (2018).

Mary Cain is a professor of psychology at Kansas State University, where she also serves as the program coordinator for the behavioral neuroscience/animal learning area. She completed her graduate training in experimental psychology at the University of Vermont and her postdoctoral training at the University of Kentucky. She examines neurobiological factors that contribute to environmental and individual differences in drug use and fear. Her research is currently funded by the National Institute of Drug Abuse. She is a fellow of Div. 6 and previously was the division's secretary-treasurer.

His research focuses on dolphin behavior, communication and cognition, the overarching goal being to understand how dolphins make sense of their world and to put this understanding in a comparative perspective.

David A. Washburn is a professor of psychology and neuroscience at Georgia State University, where he also serves as director of the Language Research Center. He earned his PhD in psychological sciences from this same institution in 1991. The primary emphasis of his research program is the investigation of individual and group (including species) differences in attention, executive function, learning, memory and other cognitive competencies. This research is funded by the National Institute of Child Health and Human Development, and has also been supported by NASA, the Army Research Office, the Air Force Office of Scientific Research, the Office of Naval Research, the Federal Aviation Administration, the McDonnell-Pew Foundation and Georgia State University. Results have been reported in more than 100 articles and chapters. Washburn is editor of the book "Primate Perspectives on Behavior and Cognition" and co-author with Duane M. Rumbaugh of "The Intelligence of Apes and Other Rational Beings." 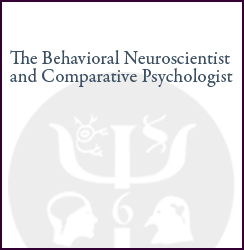