Michael Lamb discusses his accomplishments and role models within Division 7 and developmental science. 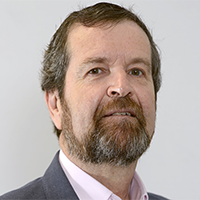 I was especially excited and honored to learn that I will receive the 2021 Bronfenbrenner Award from Division 7 because Urie Bronfenbrenner was a model, a mentor, and an advocate for me. We first met in the 1973/4 academic year, shortly after I read his provocative monograph Two worlds of childhood, USA and USSR and right after he returned from a visit to China with a group of distinguished American developmental psychologists, pediatricians, and sociologists. Bronfenbrenner was then on a mission to reform developmental psychology by unforgettably challenging the ecological validity (a term he made familiar) of the many contemporary studies which focused (and I paraphrase) on ‘the constrained and unnatural behavior of children assessed interacting with strangers in strange situations for the shortest possible periods of time’. For an impressionable graduate student, the appeal of Bronfenbrenner’s passionate criticism and call-to-arms was hard to resist, not least because he was a spell-binding orator in any forum! Further, Bronfenbrenner persuaded the Foundation for Child Development to offer small grants to new researchers proposing to conduct research in naturalistic settings and I was fortunate enough to receive an award that made possible my doctoral research, a longitudinal home-observation study of infants’ developing attachments to their mothers and fathers.

Although Bronfenbrenner continued with his own research, supervising and inspiring graduate students (including at that time Jay Belsky, Larry Steinberg, and Jim Garbarino) who themselves went on to make major contributions to developmental psychology, he remained an attentive and sometimes demanding mentor-from-afar, writing detailed multipage letters (yes, in the days before the internet, we exchanged letters and waited weeks to receive replies!) that dissected and criticized my draft papers and other musings with characteristic elan, insight, and warmth. Of course, Bronfenbrenner remained a tireless and impassioned advocate for the ecological approach, writing several widely-read and -cited books and Handbook chapters outlining his critique, perspective, and theory over the succeeding decades of his life. The appeal of his case for the ecological approach was deepened by the argument that researchers had a duty to conduct research that could help improve the lives of children and families. There is little doubt that he ushered in radical changes in the ways in which we collectively conduct and evaluate research and inspired many scholars, in my generation and beyond.

When I began my studies, basic research was deemed important whereas applied research was widely thought to be of secondary quality and value. Fortunately, giants like Bronfenbrenner and Zigler challenged such prejudices, succeeding perhaps because they had clearly shown their worth as exceptional basic researchers while embracing the responsibility to develop knowledge that made a difference to the world in which they lived. Without their extraordinary trail-blazing careers, I doubt that I could have for so long focused my research on issues such as childcare quality, factors affecting children’s adjustment following parental separation, and the factors affecting the quality of children’s testimony. I am especially honored that my contributions have been deemed worthy of an award named for a distinguished psychologist who had a huge influence on my own career.